Growing green cities: the Dutch expo that shows you how A once-in-a-decade horticulture expo has opened in the Netherlands to show the world how to make greener, cleaner, more liveable cities. Positive News looked around

For the first time I felt compelled to smell a building; to actually go up and give it a good sniff. Hmphhhhh. A pleasing aroma of midsummer pollen filled my nostrils, but only briefly: a bee buzzed near my ear, so I ran away.

I was at Floriade in the Netherlands, a once-in-a-decade horticulture expo that’s like the Chelsea Flower Show, only bigger, quirkier, and more solutions-focused. The theme this year is ‘growing green cities’ – organisers of the seven-month jamboree in Almere want to show the world how. With Europe sizzling in a heatwave, the timing is pertinent.

The Dutch are uniquely disposed towards offering advice about constructing adaptable cities. They moved the sea to build theirs, using an elaborate system of dykes and pumps to keep the tide at bay – expertise that will be more valuable as sea levels rise. In fact, Floriade itself is located on what used to be the seabed, but is now one of the largest land reclamation projects in the world. A local saying immodestly sums up the achievement: “God made the world, but the Dutch made the Netherlands”.

Spread over sixty hectares – with a cable car shuttling visitors overhead – the site is carved into 192 plots, each one showcasing ideas and innovations that could help make our cities greener, more liveable. Or, at the very least, prettier.

The building (main image) that made my nostrils twitch is one of the more eye-catching exhibits. Draped with violet bellflowers, white daisies and verdant foliage, the four-storey office is alive, aromatic and buzzing with pollinators. But inside, it looks like any other work place, with its ergonomic furniture and desktop computers – proof, perhaps, that building green cities doesn’t mean compromising on functionality.

When Floriade finishes in October, the building will become the permanent home of Aeres University’s science faculty. In fact, the entire site will be transformed into a new suburb for Almere, a city that began life as a series of sketches in the sixties, when planned towns were in fashion. 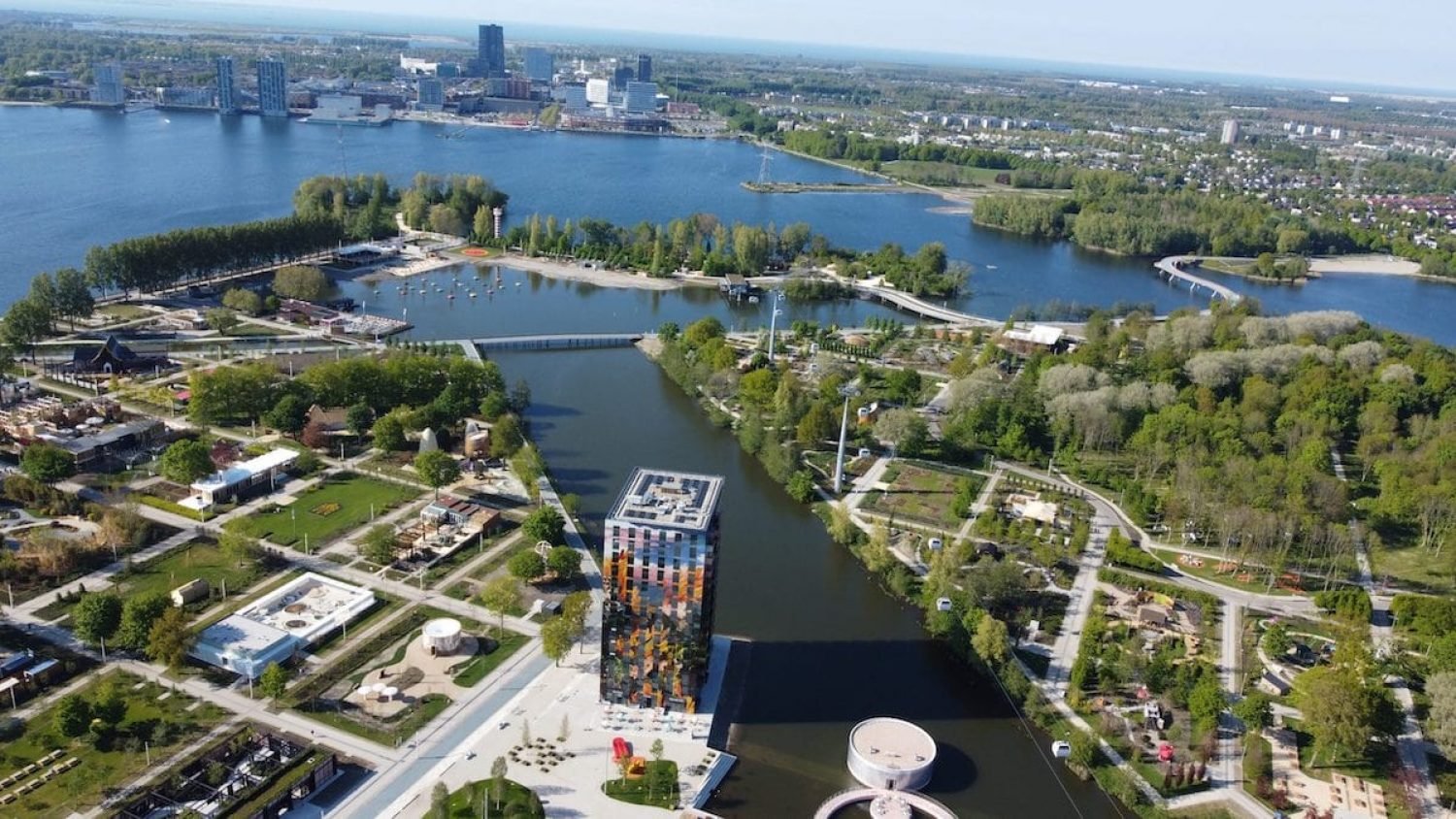 An aerial view of Floriade, with the city of Almere in the background. Image: Floriade

The Dutch answer to England’s Milton Keynes, Almere is ordered, functional, and a bit unromantic, with architectural flourishes reminiscent of Rotterdam. The city has been going through something of a reckoning with itself in recent years, as town planners realised the error of their earlier ways. Paved areas have been dug up and replaced with borders bulging with flowers, lavender mostly, which provide purple corridors for the bees.

The neighbourhood that will rise from the ashes of Floriade will build on this, say organisers, providing a green legacy for Almere.

I strolled around to see what inspiring exhibits I could find. Dutch innovations dominate, but this is an international expo and the Qatari plot lured me in. The oil-rich nation is hardly synonymous with eco innovation, but it posits a solution to a problem many nations are familiar with – what to do with all the brine created by desalination plants. 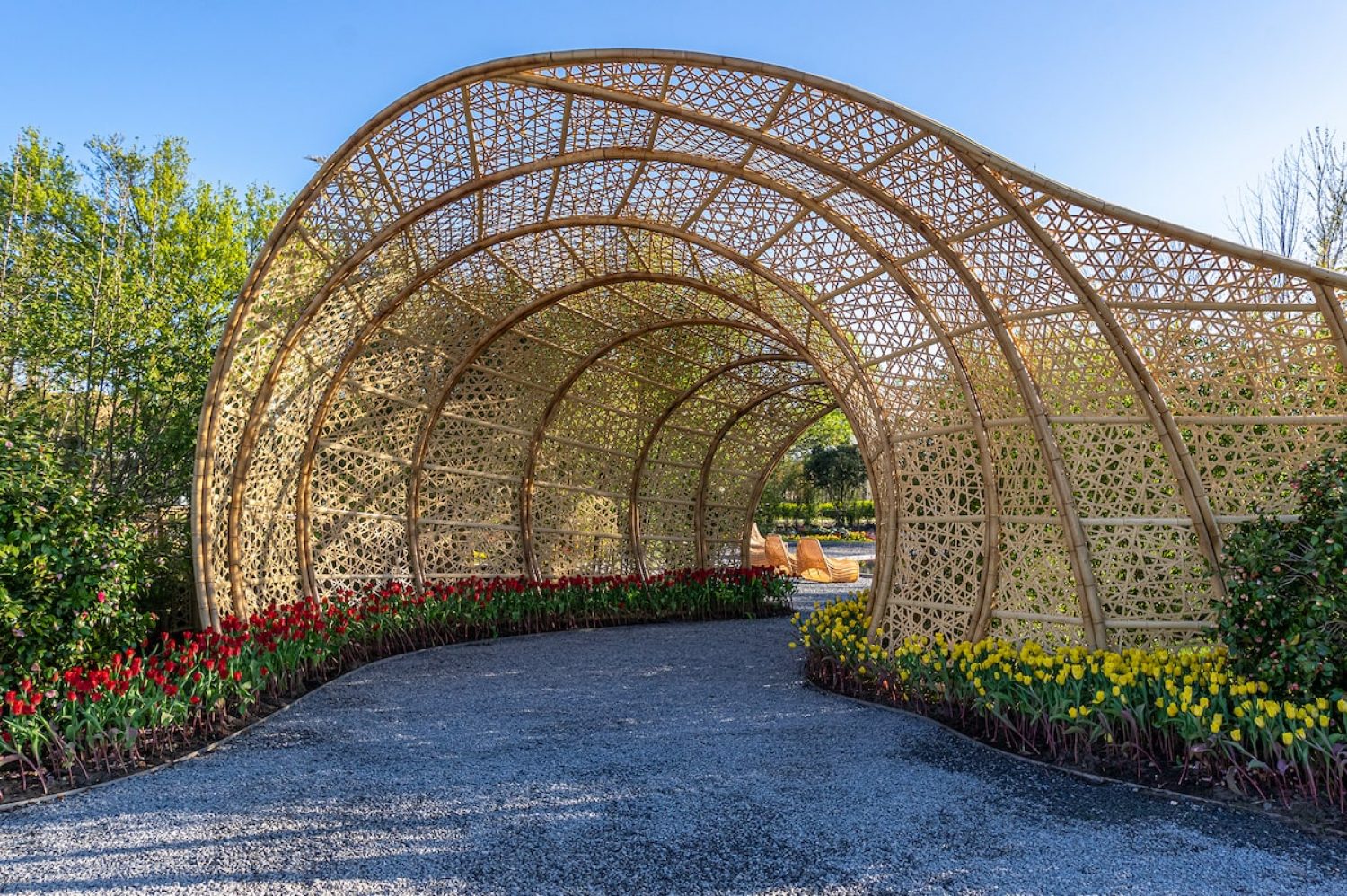 The expo takes visitors on a journey, daring them to imagine living in green cities. Image: Floriade

Studies have shown that brine produced during the desalination process poses a threat to ocean habitats, where it is typically discharged. Talking me through a solution was Ayesha Al Mheiri. She walked me around various ponds, demonstrating how brine pools can be used to cultivate salt-tolerant crops in, such as samphire, or even to farm fish like tilapia, which help treat the water before it is returned to the ocean.

Other ideas are pleasingly simple, like the metal canopies I found on the French stand. Designed for urban areas where planting trees isn’t possible, the concave frames provide a structure for climbers to creep up. Once in full bloom, they create shady areas, helping cool cities down, countering the so-called ‘urban heat island’ effect.

Later, I found myself in a building constructed exclusively of bio-based materials: think bricks made from dried turf, cork walls, clay plaster. It smelled earthy and wholesome, real. By contrast, another building I visited was made entirely from melted down plastic.

Floriade is a welcome reminder of the exciting design responses to the climate crisis, plastic pollution problem, and other challenges. It shows what is possible in a warming world, and how pretty our towns and cities could be if we built them with all creatures in mind. 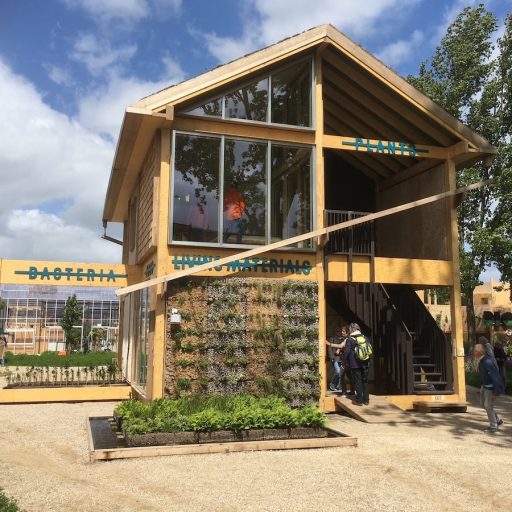 We all know that the first little piggy built his house out of straw, the second little piggy plumped for wood, and the third little piggy used brick. The latter kept the wolf at bay, of course, but he also had the biggest carbon footprint. Perhaps the other two were onto something.

Enter the Exploded View, a bio house-cum-exhibition that shows what’s possible with plant-based materials. Think bricks made from dried sod, fungi lampshades, pressed seaweed tiles, mycelium flooring, hemp insulation. All of which would keep piggy safe, lock away carbon, and clean up the construction sector, which accounts for around 38 per cent of global emissions. 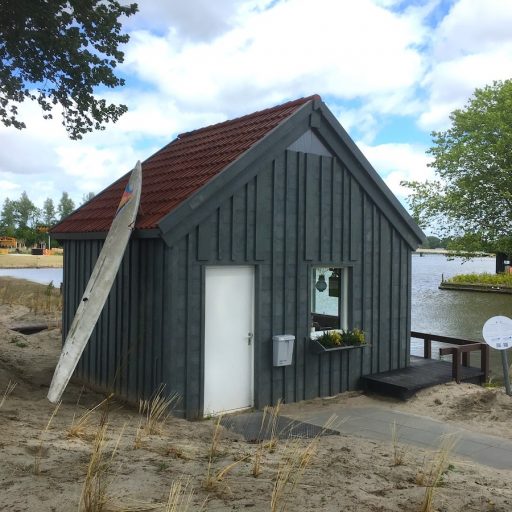 Built in a single day, this house was put together using bricks made of low-grade, hard to recycle plastics. The Dutch startup behind the innovation, Save Plastics, is working to close a waste loop by turning discarded plastic otherwise destined for landfill into structures, including bridges and park benches. Its beach house, says the firm, could help provide a solution to the housing crisis, and the construction industry’s carbon emissions, as well as plastic pollution. 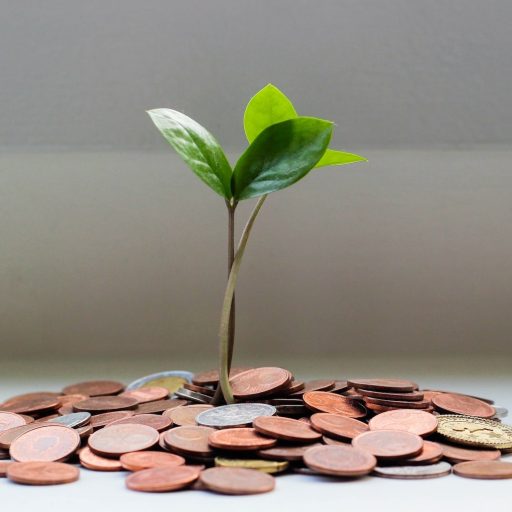 Though not in circulation at Floriade, ECO coin is being touted as one way to help communities make sustainable choices. Building on local currencies like the Brixton pound in south London – launched to encourage people to shop locally – ECO coin rewards users who make sustainable travel choices, eat greener diets, etc. Research shows that using rewards-based games to encourage positive change does work. 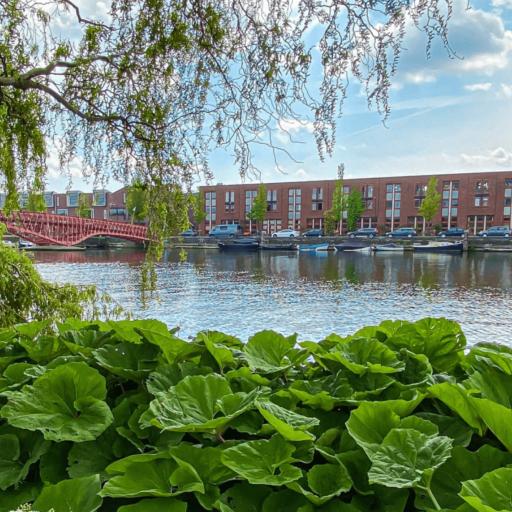 The Dutch have been fighting the tide for centuries, moving the sea to build cities; many residents dwell on canals. The country, then, is well qualified to impart advice about adapting to rising seas. Enter Floating Future, a Dutch firm that develops off-grid floating farms. Its stand at Floriade shows how crops can be cultivated on canals, seas and rivers using green energy. Like vertical farms, it is an innovation that also cuts food miles. 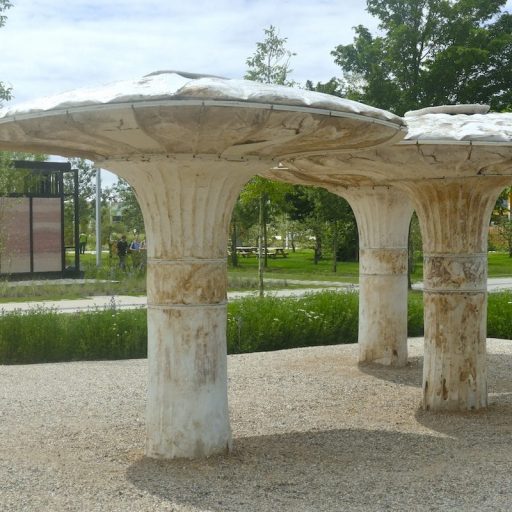 Instead of making furniture or constructing buildings, why not grow them? It sounds like a radical idea, but it’s entirely possible thanks to mycelium. Mycelium are the roots of mushrooms, and create beautiful networks underground. They can also be ‘trained’ to grow into moulds, offering the possibility of mycelium being used as an eco-friendly material for construction. Floriade’s Mycelium Parc offers a glimpse of what’s possible.