It sounds like something to avoid on a dark night – but Voltfang, a startup whose name means ‘catching power’ in German, reckons its approach to energy and recycling will light the way in future.

The business has just won the 2022 Green Alley award, which recognises European startups that are pioneering circular innovation. And the founders are charged up.

Old electric vehicle (EV) batteries are normally an environmental nightmare, being more difficult to recycle than those from regular cars, despite the valuable cobalt, lithium and nickel they contain. While major recycling facilities have launched in the EU this month, experts estimate that only 8-23 per cent of vital materials are currently being recycled. Meanwhile, the inconsistent nature of renewables means that electricity networks cannot always supply businesses with uninterrupted green power – especially during peak demand.

Step up Voltfang, which wants to repurpose used EV batteries into energy storage sets for business. This is important in three ways, explains co-founder David Oudsandjii. First, it reuses a largely untapped waste stream. The cars may have been scrapped, says Oudsandjii, but the batteries still work – many of the vehicles are from test fleets, for instance, and others can be repaired. Second, it helps businesses store electricity for times of peak need or low supply, and it’s also an important part of the wider transition to greener energy production, in which decentralised storage systems will play an important role. 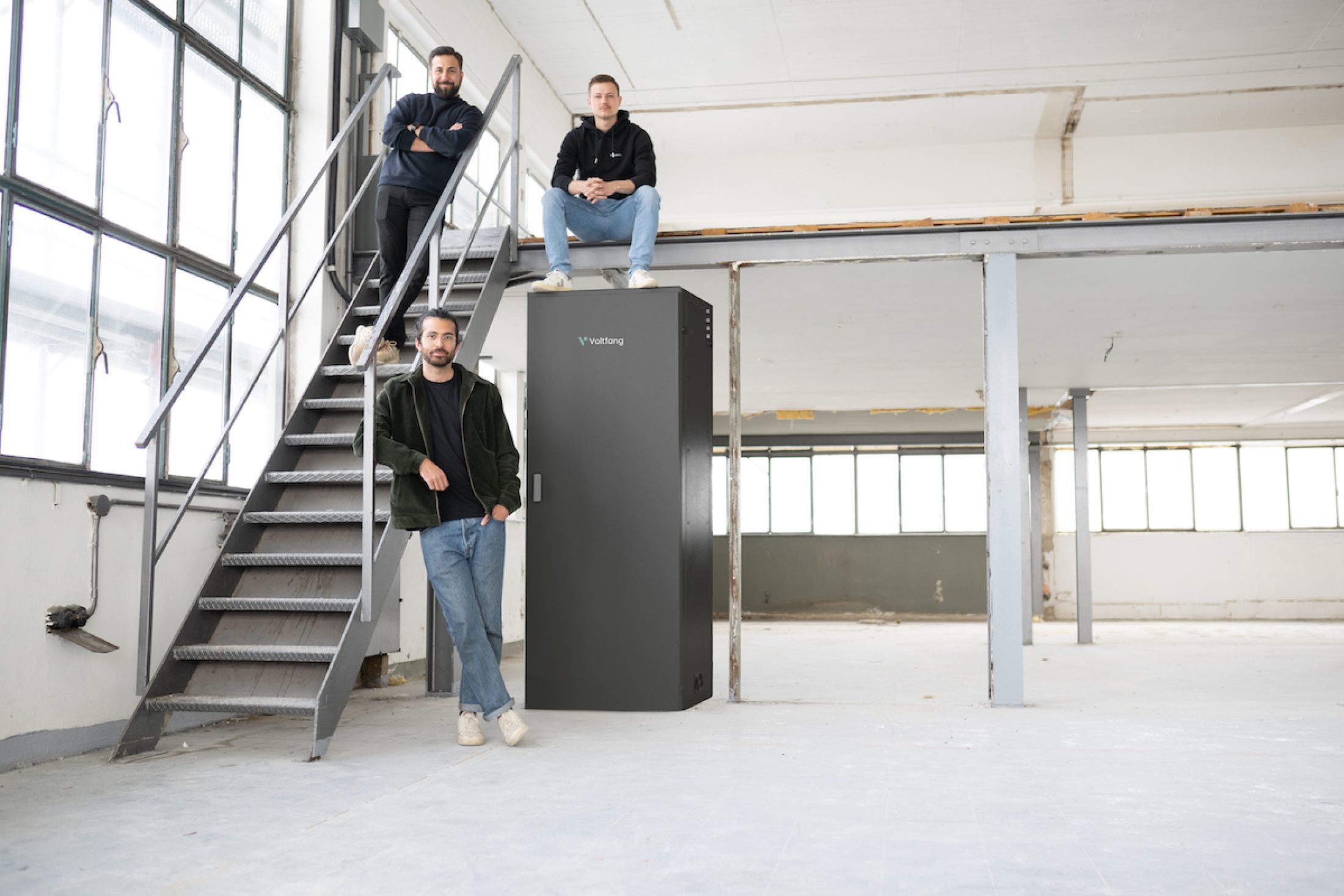 The team at Voltfang want to make sure all EV batteries have a second life. Image: Voltfang

Voltfang’s goal is to build a ‘second life’ into every EV battery. “Something like cobalt, which is valuable, is extracted. And the rest is just waste. There is no next step. It’s a huge problem,” explains Oudsandjii.

As densely-populated areas like the Netherlands are seeing, the more green power used, the more the demand on the electricity grid. Technologies such as heat pumps might replace gas for domestic and commercial heating, but they still need electricity to work. With solar, wind and wave power, when there are peaks of supply that the grid can’t cope with, the power is wasted. On the flip side, sometimes it is cloudy and not windy at all. Consequently, experts say that effective, local energy storage is vital for any green transition away from fossil fuels.

Voltfang itself was inspired by a domestic situation. Friends from their engineering student days, David Oudsandji, Roman Alberti and Afshin Doostdar set up a solar panel array atop an old campervan, in order to generate power to charge their devices.

“In the meantime, the father of Roman said he needed a battery for home storage of his solar power,” says Oudsandji. So they started experimenting with using an old electric car battery to store the energy. “We built it in one week, didn’t sleep that much but had it up and running. Afterwards, we said we want to do something with purpose, to enable a future worth living. We made a plan and founded Voltfang.” 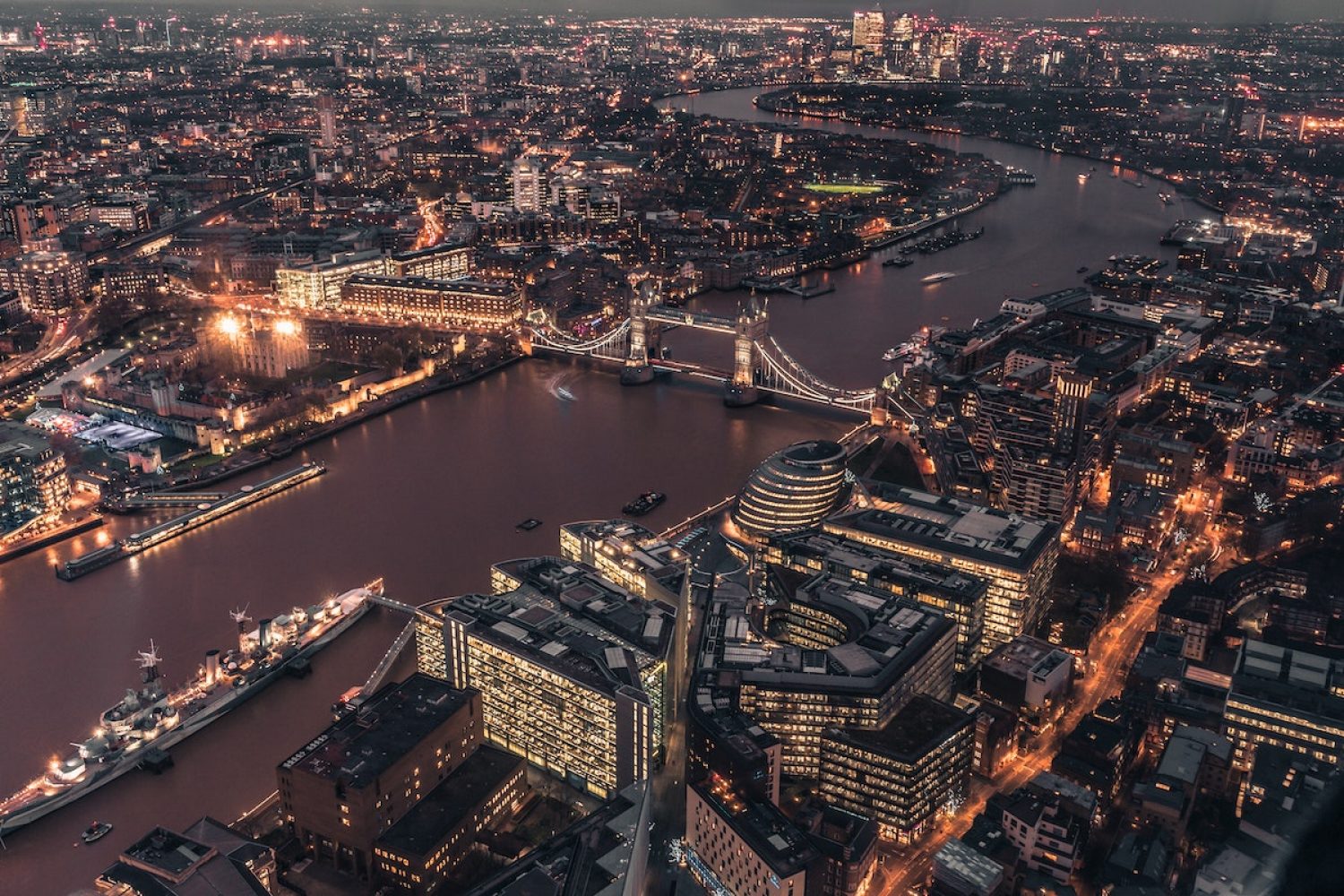 Energy storage is vital for balancing grids as we transition away from fossil fuels. Image: Giammarco

Now they believe their technology could be most valuable for commercial and industrial applications, such as factories with peak supply needs, or even electric vehicle charging stations far from the grid that would be prohibitively costly to connect.

“We are focusing on the commercial and industrial market, where we can [enable] more self-sufficiency and also [facilitate] peak shaving [levelling out peaks in electricity usage] and load shifting,” he explains.

“We can help electric mobility because, often, charging stations need a grid extension that is highly expensive and takes a lot of time [to build]. With our battery storage, we can smooth the load and support charging.”

With the help of the Green Alley Award’s €25,000 (£21,440) prize money, Voltfang is developing plans for its first factory in Aachen, Germany, where it is based.

“In the future, we want to connect all decentralised batteries and make coal plants redundant,” says Oudsandji. “We want to produce more than 1,000 batteries per year. This factory is going to be fully automated, and we will source the batteries from many manufacturers and automotive companies with reliable supply for the next few years, in Germany mostly.”

The startup is currently running pilots, including one with exhibition fair stand builder Walbert Schmitz, and applying to the EU’s funding programme for science and innovation, Horizon Europe, as well as local innovation funds. Towards the end of the year, Voltfang expects to launch a seed round for venture capital. 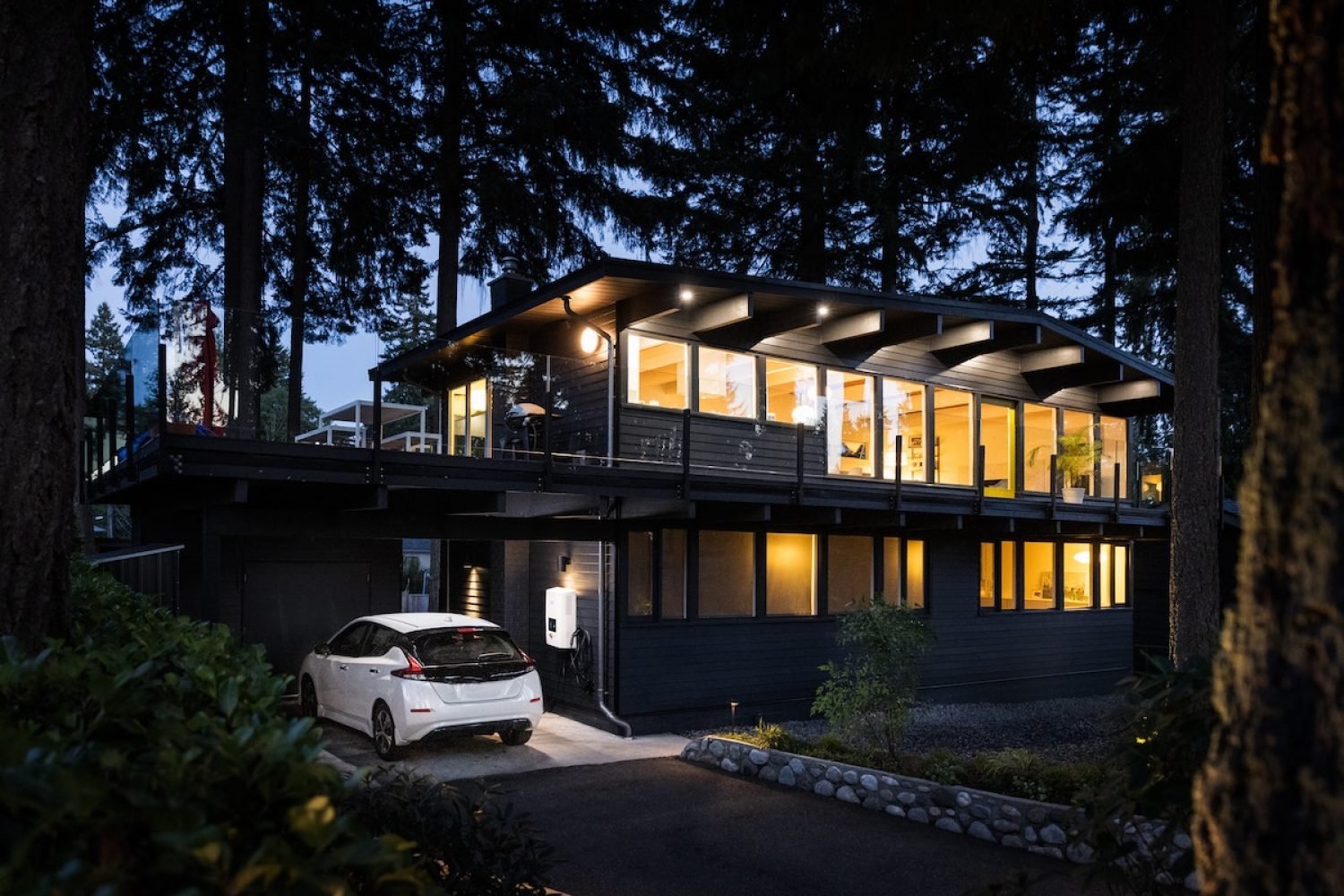 There will be around 30m EVs on the road by 2030. The need for battery recycling is pressing. Image: Dcbel

Experts at the Green Alley Award, which supports innovations that promote a circular economy, believe the company will be both successful and vital.

Patrick Schulz, CEO of Landbell Group, which runs the award, said: “Voltfang addresses a vital topic. The number of electric cars on our roads will increase to 30m by 2030, according to EU plans, and so will the amount of waste batteries from these cars.”

He added: “What convinced us about Voltfang’s business idea was that it not only specialises in making the best out of these used batteries, but also contributes to closing the gap in our renewable energy transition…With the Green Alley Award, we put a spotlight on circular startups like Voltfang that can make a decisive contribution to our fight against climate change.”

For Oudsandji, Alberti and Doostdar, the award has only increased the urge to accelerate the business as fast as possible. “We want to really help countries to make the energy transition possible, with renewables,” says Oudsandji. “There is a need for surge systems but we don’t want to mine ever-more resources. We want to use what is on the street.”