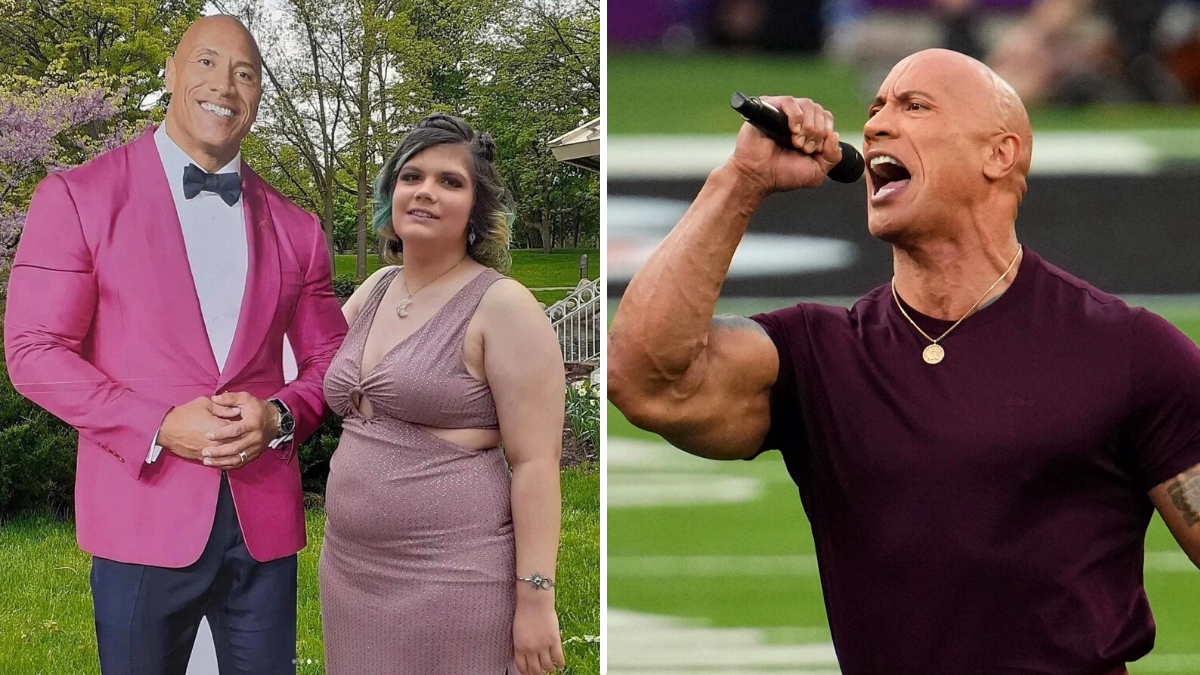 Dwayne ‘The Rock’ Johnson was spotted at a high school prom with a loyal fan — well, sort of.

The fan — only known as Mel — brought a cardboard cutout of the former WWE star to her high school prom.

Mel posted several photos of herself, in a lilac prom dress, and the cutout, wearing a pink tuxedo, enjoying the end-of-year celebrations.

Thank you @therock for taking me to prom. I had so much fun. Best date a person could ask for. #dwanejohnson #therock #prom #prom2022 #promnight #itsaboutdriveitsaboutpower

The Rock Thanks His “Best Prom Date” – And the Internet Explodes

It may not have actually been him at the school dance but Johnson showed up on social media and Mel was thrilled when he shared her post on his Instagram grid with a comment.

It was absolutely my honor @smilesweetraccoon and you were the best prom date EVER!!! 😊 Great to meet your family and friends too. 🥂😉 PS I’m super happy you posted this! Have the best summer! ❤️ dj #prom2022 #itsaboutdriveitsaboutpower

Fans were quick to praise the star, with one replying to his post: “How adorable truly. The rocks generosity knows no bounds.”

Another posted: “A true gentleman.” While a third wrote: “You are the best Dwayne.”

Some fans were sorry they didn’t think of taking the cutout on a date. “Why didn’t we think of this?” one fan wrote tagging a friend.

Another commented: “Girl is a legend, sorry @therock 🙌” And a third replied: “OMG I love this girl! ❤️😂”

The One Quote That Inspires “The Rock” to Be Kind

Mel also left a comment under Johnson’s post. “You are such an amazing person. You absolutely made my senior year in high school the best. Thank you for everything. ❤️” she wrote.

This isn’t the first time the actor has been praised for his acts of generosity, like when he gave away his custom truck to a veteran. He says hearing one particular quote by John Templeton when he was 15 really stuck with him: “It is nice to be important, but it’s more important to be nice.”

being kind is important

“Not only do I think being nice and kind is easy but being kind, in my opinion, is important.” — Dwayne Johnson

How to Report Your Home Covid Test Result

You Need to Clean Your Outdoor Umbrella