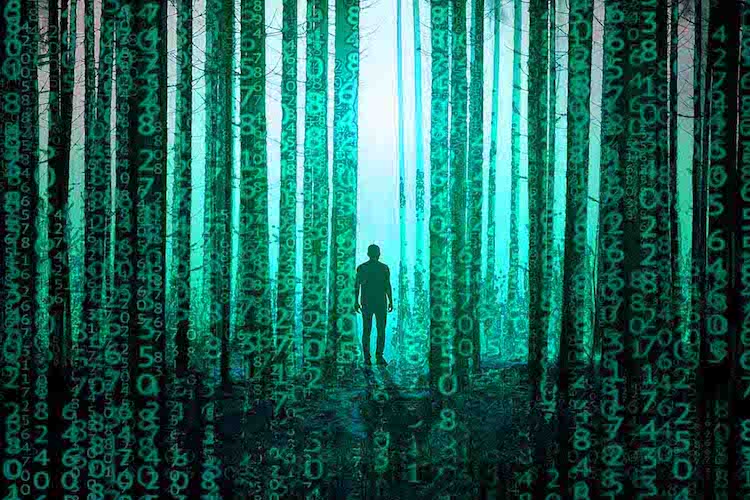 “Be the change you want to see in the world.” ~Mahatma Gandhi

The answer: you become a healthy glitch. Moreso, you become a necessary glitch, a vital glitch that could transform the unhealthy culture into a healthier one.

Your inner trickster understands that the cure for certainty is curiosity. The cure for hardened belief is flexible thought. The cure for seriousness is playfulness. And so, he plays with the outdated constructs of the sick culture that surrounds him like a kid plays with toys. He wrecks them against each other, and thereby reveals their inherent corruption.

Tapping your inner trickster will give you the courage you will need to go beyond good and evil, beyond outdated notions of “truth,” and beyond cultural modes of rightdoing and wrongdoing. It will propel you into playful, non-serious, and honest detachment. It will teach you to fly into updated improvisation while the rest of the world is crawling through outdated tradition.

You become the mighty Three-eyed Raven, the most quintessential trickster archetype. Perched on high, you see with your third eye the interconnectedness of all things. You see the Infinite Game playing itself out. You see how you are an integral catalyst for the progressive evolution of the species. With molten mettle and mercurial moxie, you fly straight into the Matrix. You are the glitch it never knew it needed.

Playfully disrupt the “order” of things:

“The art of living requires the most delicate balance between order and disorder, control and vulnerability.” ~Martha Nussbaum

Sometimes the only way a higher order can be discovered is by sowing a little disorder into the current order. By playfully disrupting the order of things, you will their underlying disorder. You will suss out the truth despite the superficial song and dance of politics, the artificial smoke and mirrors of religion, and the insincere cartoon in the brain of cultural conditioning.

Disrupt the established order to prevent tyranny from blinding others. Cultivate an agency of change. Challenge “ordinary life” through extraordinary acts, and then reestablishing it on a healthier basis.

Use the unwritten universal laws to shock the settled system. Wake up the soul of a society pretending to be asleep. Agitate the tired and boring routine of the daily grind and the anxiety ridden one-upmanship of the rat race. Persistently peel away the outdated layers of cultural conditioning in order to reveal the Desert of the Real.

Once the cornerstone has been unveiled, you can use it as a whetstone to sharpen yourself into a Philosopher’s Stone that has the power to “cut” the world.

Remember: In order to unfuck the world, you must first be able to unfuck yourself. A mindfuck a day keeps the brainwash away.

Be a boundary crosser:

“Boundary crossing and boundary creation are related to one another.” ~Lewis Hyde

Discover the boundaries of culture. Transform them into horizons. Test them. Move them. Sometimes draw a line, but sometimes erase the line. Challenge these boundaries to flatten boxes, turn tables, flip scripts, push envelopes, and stretch comfort zones.

When you bridge the gap between the sacred and the banal, between wildness and domestication, and between Nature and the human soul, you create a sacred space where human evolution can unfold in a healthy way.

Most importantly, you bridge the gap between worlds to teach others how to become boundary crossers themselves.

Be eccentric; be anomalous; be weird:

“Weird is just a side effect of being awesome.” ~Bill Murray

Be eccentric. Be unconventional. Be the glitch! Practice the ability to embrace paradox and to hold the tension between opposites. Learn how to live with uncertainty. Learn how to be comfortable with being uncomfortable. Recondition cultural conditioning. Reimagine imagination itself.

At the end of the day, the universe is your playground, and it’s time for recess. Stop being so damn serious all the time. Life is too short. Play a little. Take a deep breathe. Be weird. Be awesome. Let loose. Let go of always needing to be in control. Detach in order to feel how everything is attached to everything else. Be the glitch to honor the inherent paradox of the human condition. Then have a laugh—at yourself, at the universe, at the profoundly sick society. Because the Truth Quest is nothing if not laughable, and the glitch is simply a reminder to keep laughter ahead of seriousness and humor ahead of hubris. Dylan Charles, EditorWaking Times“The whole secret lies in confusing the enemy, so that he cannot fathom our real intent.” ― Sun Tzu, The Art of WarA...

Shareholders are critical to holding Amazon accountable on sustainability