At the age of nineteen, Amy Purdy, who was an avid snowboarder, experienced flu-like symptoms that were later diagnosed as Bacterial Meningitis, a deadly blood infection.

Amy was given less than a 2% chance of living.

Losing both of her legs, hearing in her left ear, her kidney and her spleen, Amy was forced to reassess how she would embark on new adventures and achieve her dreams.

In essence, Amy had to decide how she wanted her life to go and how she would write the next chapter of her life.

While leaning into change is never easy, Amy embraced it as an opportunity. She promised herself two things: one, she would get back on her snowboard. “I was so passionate about snowboarding, which really is what got me through my darkest days. That and being grateful that I was alive.”

And two: something positive would be born out of this experience. That’s been her steadfast determination ever since.

Amy’s transition back into daily life was hard-fought, and she learned first-hand the myriad challenges that people with disabilities face every day. What struck a real chord was the complete lack of resources for engaging in active sports—which brought her the most happiness.

WATCH: One-legged Woman is a World Class Salsa Dancer and Inspiration to All

Instead of closing that chapter of enjoying and competing in snowboarding, Amy instead co-founded Adaptive Action Sports, a nonprofit organization focused on supporting children and adults with disabilities who want to participate in active sports. 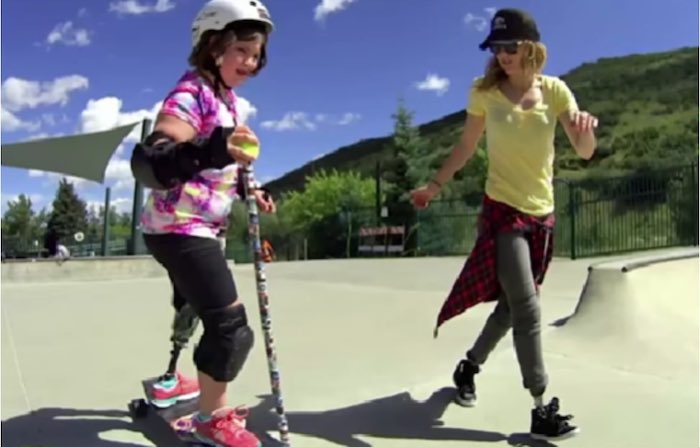 “She inspires, not only these athletes that are in a similar situation that she has gone through, but she helps everyone believe in themselves and believe anything they put their minds to,” says Morgan Whitehouse from Adaptive Action Sports.

LOOK: Toddler Without Hands Gets a Puppy Without Paw: It’s Fate and ‘A Beautiful Thing’

Should I get a fourth shot now, or wait for an Omicron-specific booster?