The Power of Reframing: 3 Ways to Feel Better About Life 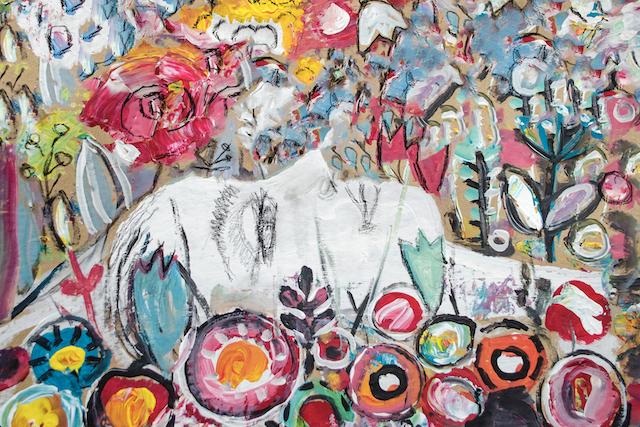 I grew up in a deeply negative environment. My parents separated acrimoniously when I was seven, and they were a grim example of how not to do divorce.

And I did, for many years. But of course, I was not happy. And yet I didn’t know enough about the world to understand that my environment and upbringing were very largely to blame.

I now know that while genetics can account for up to around 40 percent of the happiness we experience, the rest is within our control.

I’m aware of this because studies have shown it to be the case. But I know it because I’ve also lived it.

Deciding to Change My Life

Over the last ten years, I’ve dramatically changed my life, and I’m the most at peace I’ve ever been.

When my eldest daughter was a baby, I finally had an important enough reason to want better. I was determined that she would grow up in a fun and positive home. And if I was going to make that a reality, I had to put in the work to make it happen.

Plus, it had become especially vital at that time since my daughter’s difficult delivery had been traumatic and left me with extreme postnatal anxiety. I was in a very bad place, and I needed to get out of it; I needed, in fact, to get out of my own head. And I didn’t want to rely on medication for that.

While my husband had already saved me in many ways, the rest was my responsibility—my state of mind, my outlook.

Desperate but determined, I began an activity that, over time, changed my life.

While I appreciate that sounds like an exaggeration, it’s really not. Because my life truly has changed. Although it also hasn’t. Allow me to explain…

The Power of Reframing

I inadvertently learned how to reframe, and it’s possibly the most profound skill there is for increasing happiness.

It’s so incredibly powerful because it can change your experience of life—without changing your actual circumstances.

A few weeks ago my dad moved, and I planned to visit with my girls during half term to take him a plant.

We live in the UK, and while the weather is changeable, it’s usually fairly mild. But on the day it so happened to be spectacularly windy. I told my dad we’d make our way and I’d let him know if we couldn’t get there.

We made it! And after dropping off my dad’s plant, we drove a short way to a restaurant.

Before we’d even ordered drinks, the winds brought down a pylon and there was a power cut. The kitchen closed, and my young daughters ate crisps for lunch, and I still had to get us safely home.

But, instead of being mad that the entire day turned into a farce (we encountered fallen trees on the way home!), I was glad I’d made the effort. Most importantly, we were safe, but also it reinforced to my dad that we cared enough to get there despite the challenges.

Another example is that since Christmas we’ve had one illness after another in our home. First was COVID, and since then we’ve had viruses and two bouts of chicken pox.

When my eldest succumbed to COVID, I was worried about her, but also on a practical level how I’d get my youngest daughter to school (until my husband also tested positive, at which point I was able to leave the house). The fear that had been silently there for two years had finally caught up with us, and it had the potential to be an enormous source of stress.

But during the COVID episode—and later with chicken pox too—school mums stepped up without me even asking. I’d never really felt like I’d integrated with the school mum crowd, but as it turned out, I was wrong:

They totally had my back.

I felt and continue to feel so incredibly grateful not only for them, but also knowing that I have a support network I did not even realize was there.

These are just a couple of recent examples which spring to mind, of situations that previously I probably would have experienced negatively and complained about—but I’m now able to reframe to find the silver living.

So you see, my life is different in terms of how I experience the world, and yet it’s really the very same as it always was. But I feel vastly different.

I feel at peace.

And now I want to share my process so others can also learn how to do this for themselves, because it’s basically free therapy, available to everyone, that we can implement alone, and without guidance.

But how did I do it, without professional help—and without medication?

How to Tap Into the Benefits of Reframing

For me, there were really three steps to my journey, which happen to work together in perfect harmony.

With no comprehension of their value—but with a deep desire to start appreciating the good things in my life, and a desperate hope it was a good starting point. Good enough to help me do better for my daughter.

I started writing a list of the positive things that had happened each week. Not realizing that this is actually an effective therapeutic exercise, I wasn’t expecting very much to happen.

But I knew that the fundamental change I wanted to see in my life was more positivity. So I figured the “fake it till you make it” approach might just be beneficial.

Incredibly, it didn’t just help—it was the turning point of my life to such a degree that it now feels like before and after.

Writing gratitude lists isn’t difficult. It can be as simple as jotting down three, or five, or ten things you’re thankful for. This can be done when you wake up, to start the day on a positive note, or at the end of each day if you prefer.

If you have a hectic schedule and can’t find time to do this daily, just be sure to do it regularly.

And if writing it down seems like too much effort at the end of the day, you could try saying your list of things for the day quietly and privately in your own mind.

It doesn’t need to a formal practice; it just needs to something you do practice. Because over time, something magical happens…

As time goes by and you continue to acknowledge the good in your life, your default mindset will begin to switch over to a more positive one.

For me, it was like a spiritual awakening, and I like to use an analogy to describe my experience.

The idea of rose-tinted glasses is a familiar one for most people. But sometimes they’re actually a blessing. After spending several months practicing gratitude regularly, I felt like I’d removed the only pair of glasses I’d ever known, and the world suddenly looked brighter.

I also began to appreciate that positivity is often a self-fulfilling prophecy: the harder you look for it, the more you will find.

And your mood tends to be reflected back to you by others, too. Just as negativity is draining, positive people energize those around them!

I was recently waxing lyrical to somebody about the positive impacts of gratitude and reframing, but they insisted that offloading onto friends or family is necessary sometimes. I didn’t completely disagree, but I had something important to add:

By default, increased positivity leads to a decrease in negative experiences, which in turn leads to less often feeling a need to offload. And that’s the magic of this whole concept.

There’s one final step in my toolkit…

Unfortunately, when you’ve grown up in a negative environment, it can be all too easy to slide back into ingrained behaviors—old habits die hard.

For that reason, even though I feel very mentally robust these days, I know that if I stop practicing these new skills, it’s almost inevitable that I’ll return to the mindset I developed as a child. (I’ve learned this the hard way.)

Journaling is my favorite way to stay on track and accountable, because it can easily incorporate each of the above ideas, plus so many more.

Depending on my mood, I love journaling for its mindfulness, or state of flow, or as a creative outlet. Or all of the above!

Essentially, these skills each feed into and reinforce one another. And together, they really are life-changing.

5 Steps to Living Your Personal Legend