Amid outcry about sewage being discharged along the English coastline, grassroots campaigners are scoring notable wins inland against water companies

“Rational conversation with the authorities and water companies doesn’t work,” says Ash Smith. “What does work is people power, gathering hard evidence and putting it to the media, because as soon as the public knows, that’s when things change.”

Smith is founder of Windrush Against Sewage Pollution (WASP), a grassroots group of activists based near the River Windrush in Oxfordshire, which hit the news in June when its groundbreaking investigative work was used by environmental nonprofit Wild Justice to take the water regulator Ofwat to court over its alleged failure to stop water companies discharging raw sewage into rivers. The crowdfunding campaign to cover the costs of the case reached its target of £40,000 in a single day.

It’s thanks to hardworking groups of concerned citizens like WASP that people have woken up to the fact that England’s rivers – and seas – are in such a poor state. That realisation has led to an explosion in the number of communities taking matters into their own hands, with gamechanging results.

It’s been a long time coming. For decades there has been a disconnect between the water crisis and people’s knowledge of it. But signs abound that we’re on the cusp of a movement that could turn around the fortunes of our rivers. It’s an issue that is now so important to the British public that the Liberal Democrats put resurrecting our rivers at the heart of their May election campaigns, and scored major gains from the Conservatives.

Until recently, few people were aware of the cocktail of pollutants flowing into our rivers. The figures speak for themselves: at the Environment Agency’s last assessment of water quality, published in 2020, every one of England’s rivers failed to meet legal standards for overall health.

What surprises people is that, for the most part, the dumping is legal. Water firms are given permits to put untreated sewage into rivers and seas, as long as they are already treating a stipulated amount of waste. 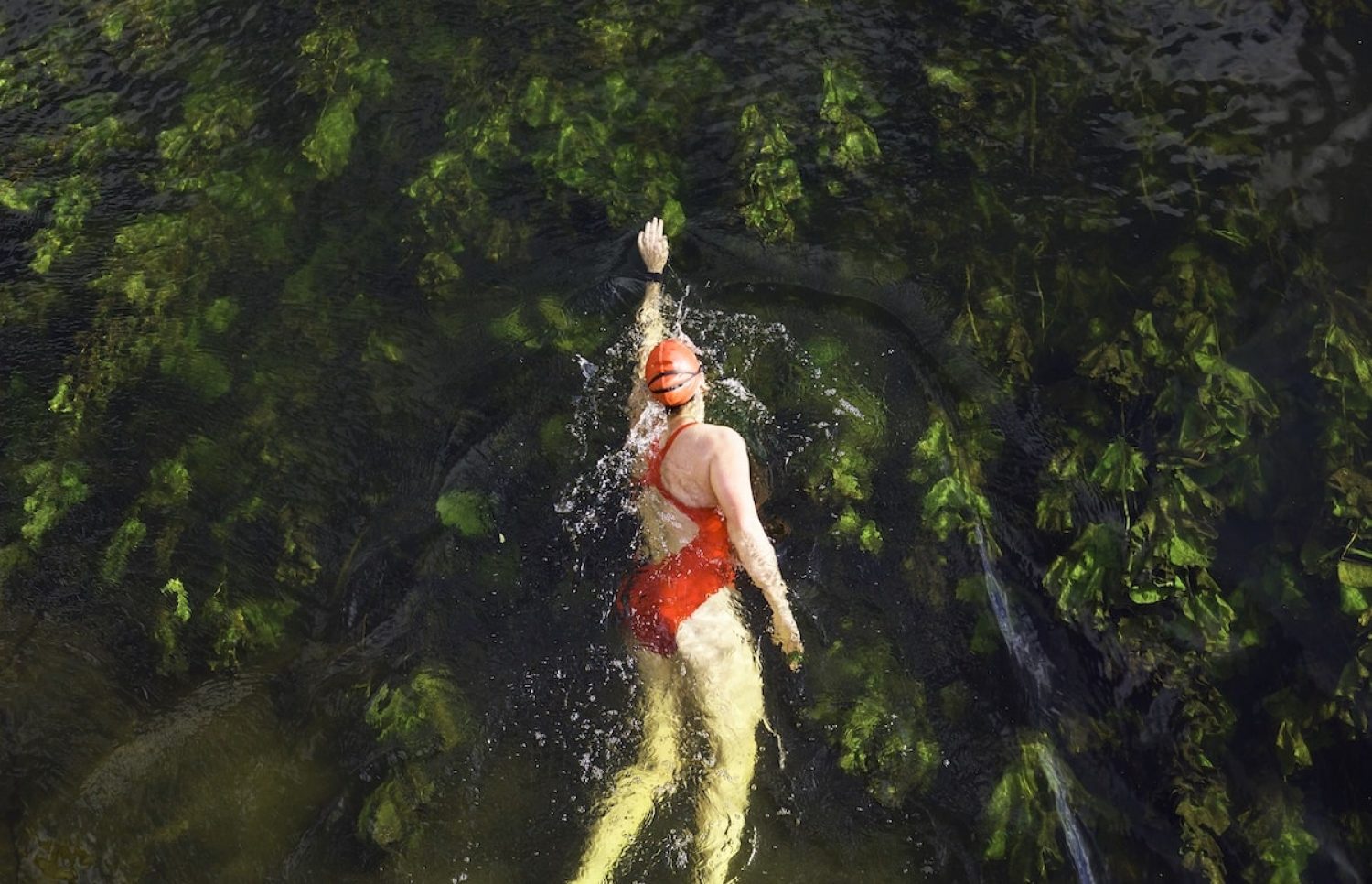 There are just two designated river bathing sites in the whole of England. Image: Garry Yeowell/Getty

Why is this happening? Because the population is growing and weather patterns are changing, putting more strain on water companies’ sewerage networks. But also, river groups add, because instead of upgrading infrastructure, water firms have opted to increase the amount of waste entering rivers and seas while paying out large dividends to shareholders. It is the infrastructure upgrade that is key to ending the raw sewage dumping, but the industry says stopping it entirely would cost billions of pounds.

Evidence that couldn’t be ignored

Smith moved to live near the River Windrush, a tributary of the Thames, in 2013. He was shocked by the state of the river and started to ask questions of the Environment Agency but soon realised “that if I didn’t do something, and people didn’t do something, nothing would happen”.

Founding WASP proved a canny move. Using the skills of retired data scientist Peter Hammond, the group was able to show that water companies were dumping sewage into rivers when they were not supposed to by analysing the industry’s own data and coupling it with rainfall records and observable pollution. The Environment Agency, which has had its sewage monitoring budget cut, found WASP’s evidence and the resulting media coverage impossible to ignore. A major investigation into illegal dumping was launched. 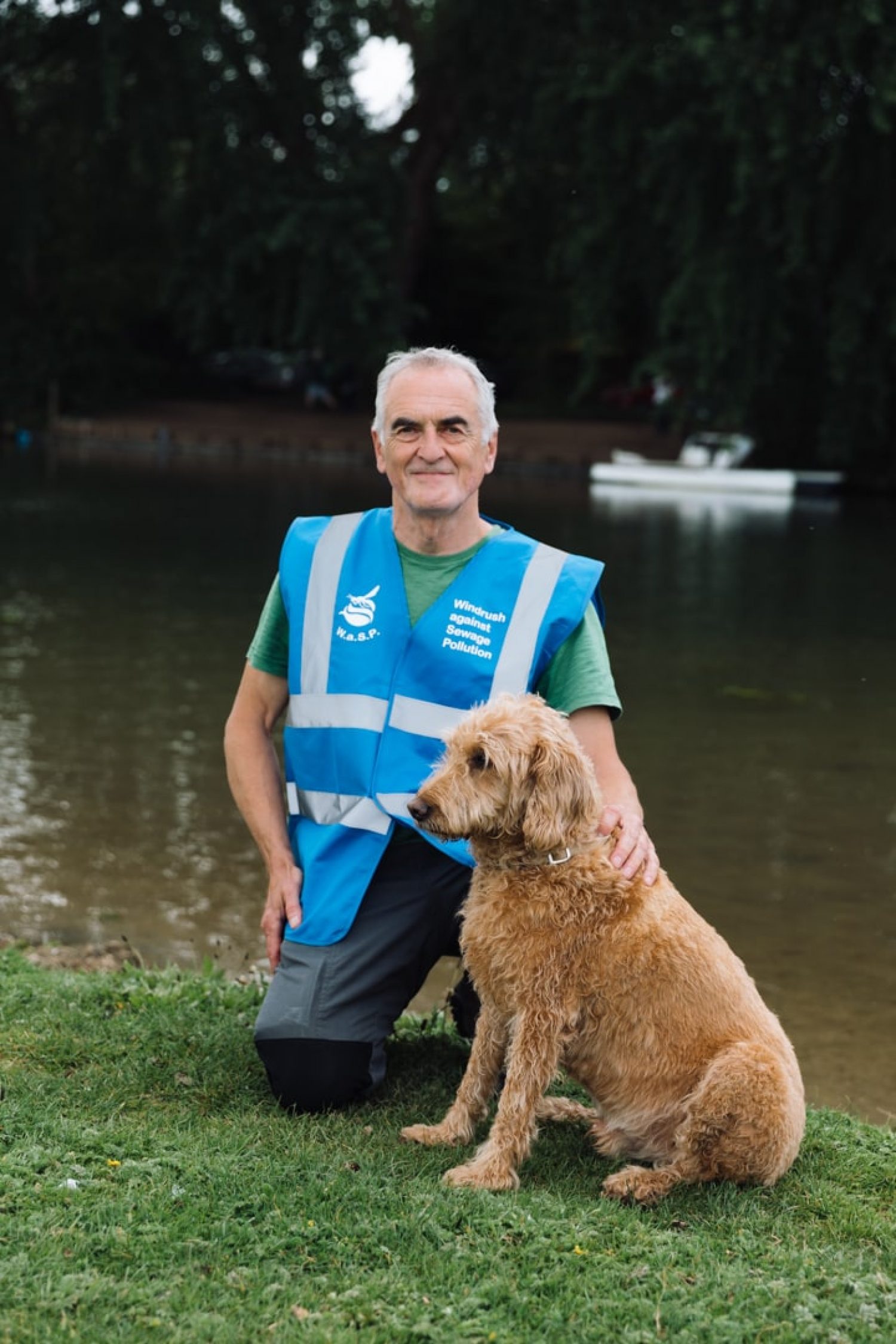 “The secret is out,” says campaigner Ned Wells. “Now everybody wants to know whether it’s in their stretch of river.”

Wells was part of a group that helped secure bathing water status for a popular swimming site on the River Thames at Port Meadow near Oxford in May. As the second river bathing site in the country, it is a major coup. The designation obliges the Environment Agency to regularly test the water for bacteria during the May to September bathing season.

A growing number of communities are realising it’s a nifty mechanism by which they can get information on the health of their river. Knowledge being power, the community can use the data to put pressure on polluters to clean up their act and to force the Environment Agency to do the same. Hard evidence is hard to dispute. 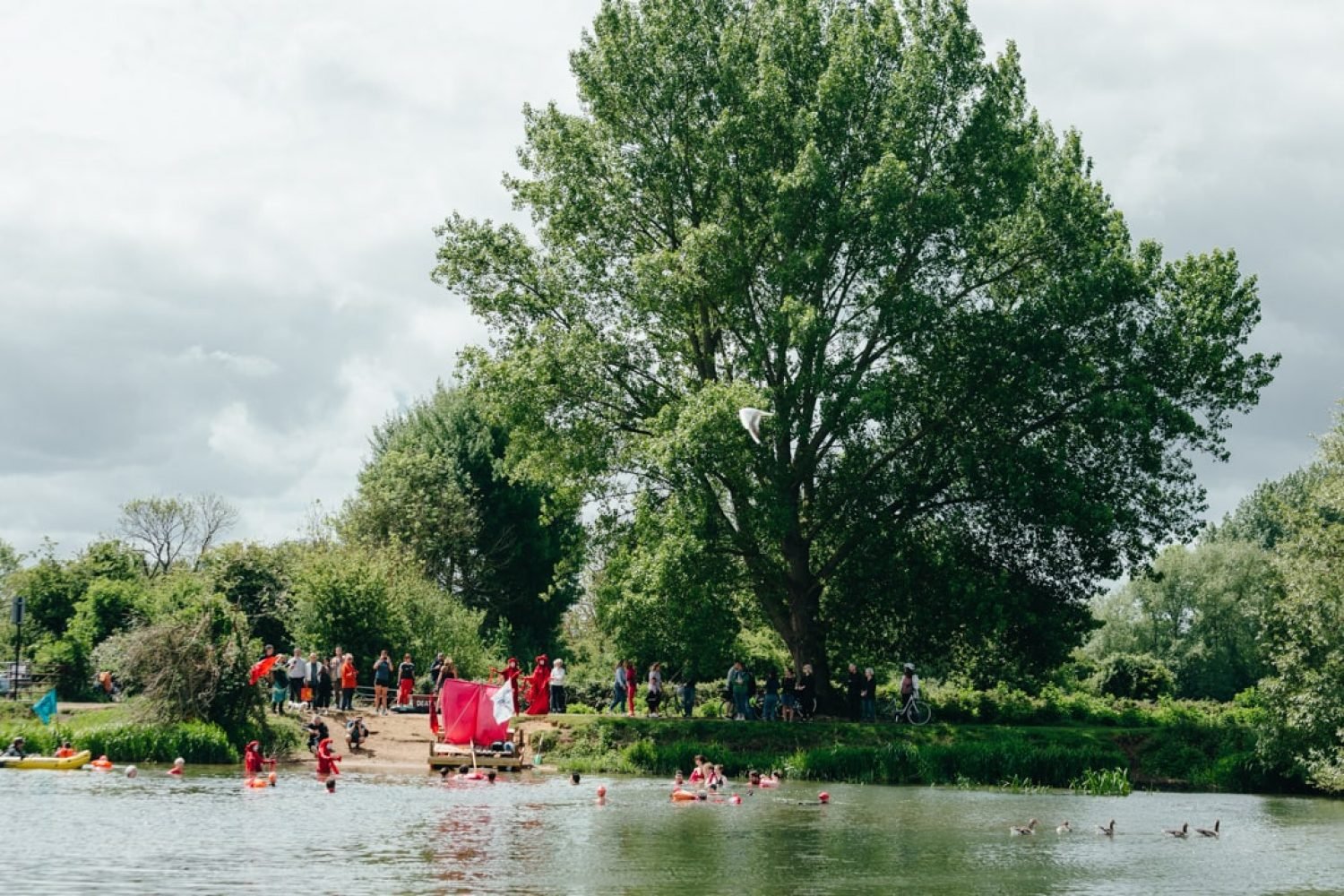 Protestors at Port Meadow swam and chanted ‘species, not faeces!’

It began when Claire Robertson, a narrowboat-dwelling wild swimmer alarmed at sewage dumping in the Thames, organised a ‘floatest’ – a floating protest – that involved “quite a few people floating through Port Meadow with all kinds of poop signs”, as Wells puts it. A petition calling for bathing water status was drawn up, swiftly garnering around 5,000 signatures, and Oxford city council unanimously voted to support it.

“We met with Thames Water chief executive Sarah Bentley and sustainability director Richard Aylard,” explains Wells. It led to the formation of the Oxford Rivers Project, where the community, council, water company and charities began working together to find a solution.

Thames Water was supportive of the bathing water bid, trained the project’s volunteers in how to collect water samples, and even funded Robertson to work on it part-time. 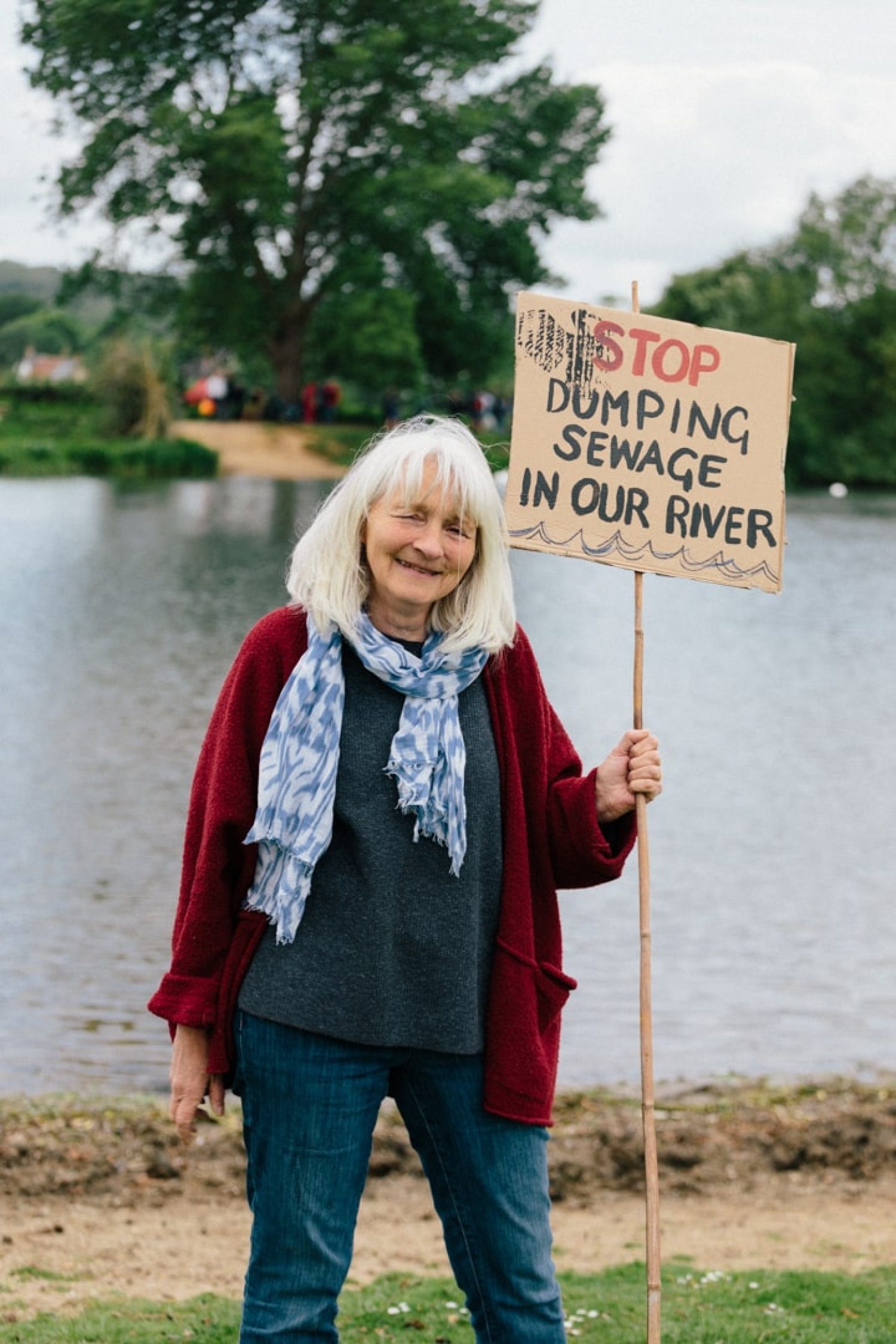 Grassroots campaign groups are having an impact, inspiring other communities to take a stand

Thames Water is now using Port Meadow to test a system of live alerts that will inform the community about the quality of the river water in real time. “By the end of the year we will do live notifications on all of our 468 permitted discharge points,” he says, adding that: “Any discharge of untreated sewage is unacceptable… We have to get that down as fast as possible.”

Port Meadow’s success followed in the footsteps of the trailblazing Ilkley Clean River Group in West Yorkshire, which in 2020 was the first to gain the designation for a stretch of the River Wharfe. Until this point, none of England’s 417 bathing waters were located on rivers. France, in comparison, has 1,300 bathing lakes and rivers among its 3,300 sites, proving that clean, swimmable rivers is an achievable goal. 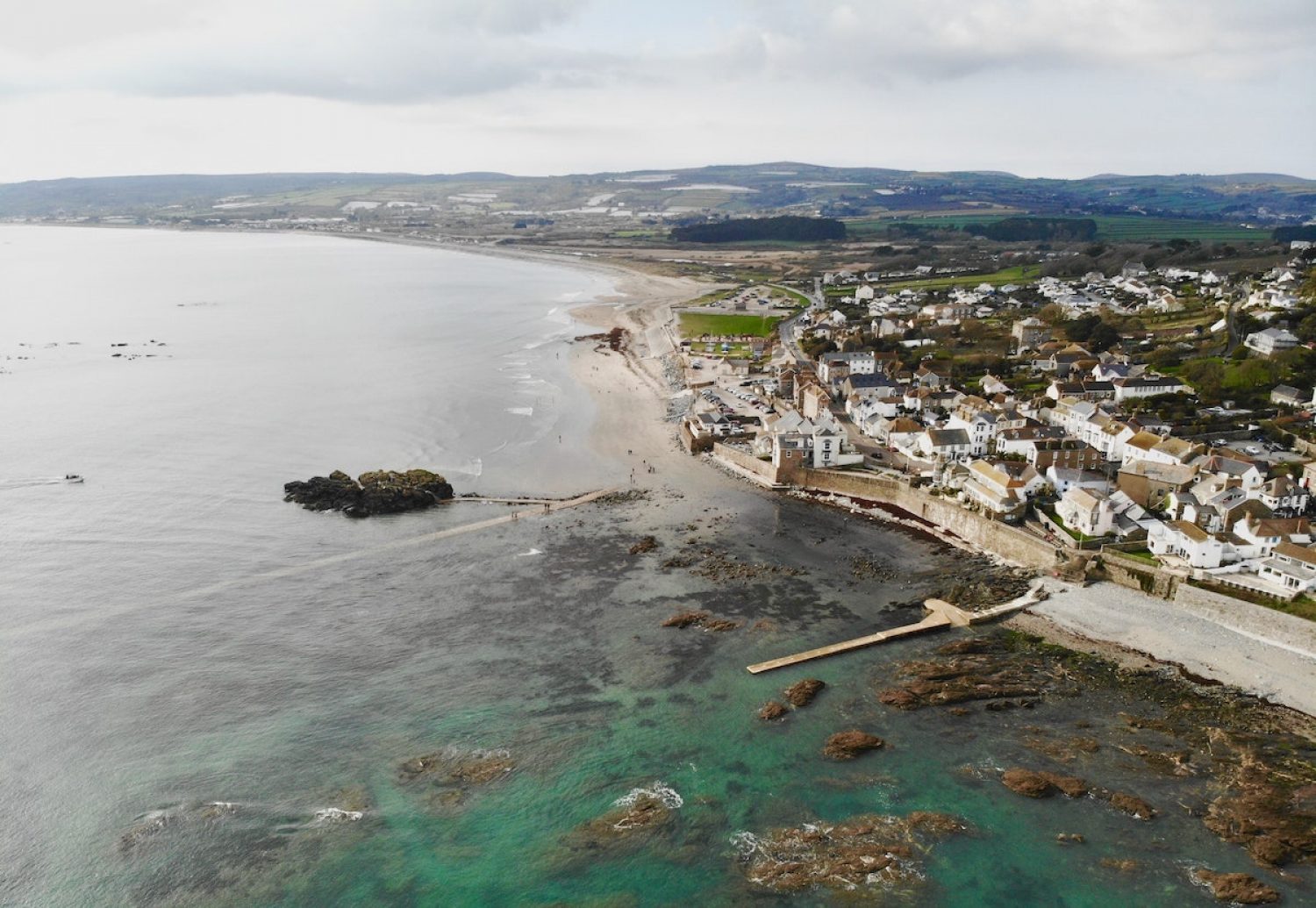 Water firms have been slammed for discharging sewage into England’s seas this summer. Image: Benjamin Elliott

Karen Shackleton, a founding member of the Ilkley group, persuaded a local radio journalist to come and report on the pollution in the River Wharfe: “People went ballistic … nobody was aware it was happening,” she says. National media picked up the story and things really took off. The group decided to apply for bathing water status, which required a rota of volunteers to count people swimming in the river three times a day, three times a week. “This was throughout the whole of the bathing season,” says Shackleton. “It was quite an undertaking.”

The river was awarded bathing water status in 2020 and immediately failed to meet standards. Masses of media coverage ensued, prompting Yorkshire Water to announce plans to invest up to £13m in its wastewater network and treatment work upstream of the bathing water site to improve water quality.

It’s a good development, but for Ilkley Clean River Group, the challenge is far from over. It continues to press for these announcements to bring about real changes in water quality, and fast. “The positive thing is that when industrial pollution was reduced when heavy industry was shut down, rivers quickly recovered,” says Smith.

France has 1,300 bathing lakes and rivers, proving that clean, swimmable rivers is an achievable goal

And that recovery can be dramatic. Parts of the tidal Thames were so polluted in 1957 that scientists from the Natural History Museum declared it “biologically dead”. Today, sharks, seals and even seahorses can be found there.

It’s an encouraging vision at a time when many people are aghast at the sight of sewage being discharged into England’s rivers and seas. If people keep gathering evidence and using it to press for change, could we see a return to swimming safely, notice fish and invertebrates return, along with the birds who feed on them? Communities could get their clean and bountiful rivers back, and enjoy all the benefits that they bring.

The wins so far

How to get a river or beach designated a bathing site

Anyone can apply for their local waterway to become a designated bathing site. The key thing is to prove that it is a popular bathing site by monitoring the number of swimmers using it during the bathing season (15 May to 30 September).

Give information about any facilities at the site that support bathing, such as toilets, changing facilities, cafes and parking. Show evidence of consultation with local groups such as bathers, residents of the nearest town, parish councils and community groups.

If the site is designated, the Environment Agency will put plans in place to monitor and protect the bathing water, and display up-to-date information about the water quality at the site. To apply follow this link.