in WISDOM
Reading Time: 6 mins read
A A 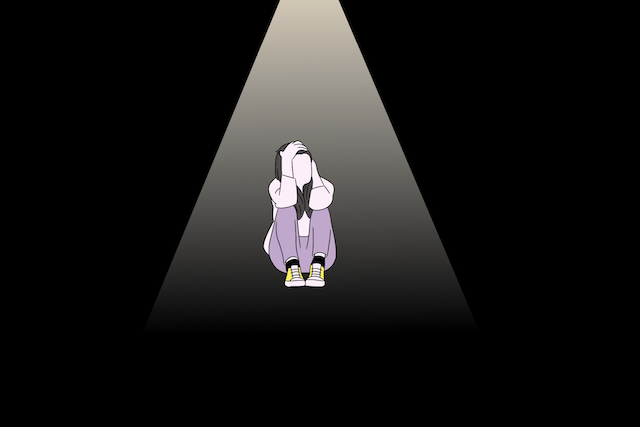 “Never make the mistake of thinking you are alone—or inconsequential.” ~ Rebecca McKinsey

I can still remember it as vividly as if it happened yesterday.

Our kitchen was small. Only enough room for a few people, and there were four of us kids scrounging to get our hands on the rest of the leftovers. It wasn’t a fight, but I can say with certainty that there was an underlying assumption that whoever got their hands on it first was able to claim it, so there was competition.

I grabbed my spoon first and then went to the fridge to get my food when my dad grabbed the spoon out of hand.

“Dad! Give it back!” I said in my most rude teenage voice.

Not a second passed and his hand met my cheek with a blow that knocked me to the floor. There must have been a loud noise as I flopped to the floor, hitting the dishwasher, because my mom, who was doing laundry, came running inside to see what was going on.

I lay there helpless on the floor, not struggling but also not fighting.

I looked up at my mom, who looked back at me, then at my dad. She gave a sigh of disapproval, turned the corner, and walked away.

Still on the floor, I looked up at my brother who was eating at the bar that faced where I was lying. He looked at me chewing his food, continued to eat, and said nothing.

This was the first time I remember feeling alone. It was a reminder that hit me like a ton of bricks that nobody was coming to save me… nobody.

Of course, this reality check didn’t come without consequences. It most certainly left a hole in my heart and closed off parts of me that later became nearly impossible to break. But I survived. I just learned to survive without the parts of me that were open to love and compassion.

While the trauma of getting hit by a parent has repercussions, I believe it was the ignoring of suffering that had more catastrophic consequences for me.

Having both parents fail me at the same moment and then looking up to see my brother carrying on with his life as if nothing was out of the ordinary was complete devastation for me.

And that became my voice for a large part of my life.

It’s funny, though, because I never remember feeling alone as a kid, and it’s probably just because I never understood what that even looked like. It took years of trying hard to sit with my feelings to understand that what I was feeling was insignificance. Years.

Not having the vocabulary around my feelings made normalizing them so difficult. Now I can look at what I was feeling with confidence and not give it more weight than it deserves. I can label it, feel it, look at it objectively, and move on without taking it personally.

Today I realize that feeling lonely, unseen, and insignificant was simply a product of emotionally immature parents, not a reflection of who I was. But as a kid, I internalized it as a problem with myself because I couldn’t properly label it and assign meaning to it. Instead, I made what I was feeling a part of my character, and thus I subconsciously became a magnet for all the things that would validate that “character flaw” in myself.

I dated people who treated me like crap and sought out mean guys. I had friends who were hurtful. And all the while I felt like I had a problem that made me unlovable.

And I’m not gonna lie, I’m a lot of “too-much-ness” for a lot of people, but emotionally mature people cannot just handle me, they can love me too. Because while I am a lot, I’m also full of a lot of love too.

I tell this story because I realized that naming our feelings is foundational to learning to communicate without projecting blame onto others. This isn’t just true for children going through a difficult time. This is true for many of us adults who just never learned the vocabulary around what certain feelings even look like.

When we own our feelings, we’re less likely to blame other people for causing them because we understand where they originated and know it’s our responsibility to work through them.

My feelings of insignificance will probably never go away when it comes to my relationship with my family. Mother’s Day was difficult for me this year because it brought back those same feelings of loneliness (and a bit of sadness), but they no longer hold the same weight. I now can see my feelings at face value without judging myself and my character as a result.

Instead, I know that…

I am not insignificant, and I am worthy of love. And that is why I have created a life full of love and meaning in my own family.

My “too-much-ness” is only “too much” for those that don’t have the ability to see the beauty in me. And that is why I surround myself with only those who see me through a lens of love.

There is value in learning what our feelings are, defining them, recognizing what they look like, and realizing how they can run us ragged if left unchecked. If you do one thing this year, learn about your feelings so they no longer can control you.

Michele Mendoza is a blogger and communication coach from California. She and her husband Dave teach clients how to get the relationships they actually want by learning to communicate with love and compassion. You can sign up for their free weekly newsletter on their website at www.micheleanddave.com