Intercontinental Exchange (ICE) is set to acquire data analytics firm Black Knight (BKI) to support its mortgage servicing business. However, the stock has plummeted nearly 30% in price this year. So, is the stock a buy now? Read on to learn our view. 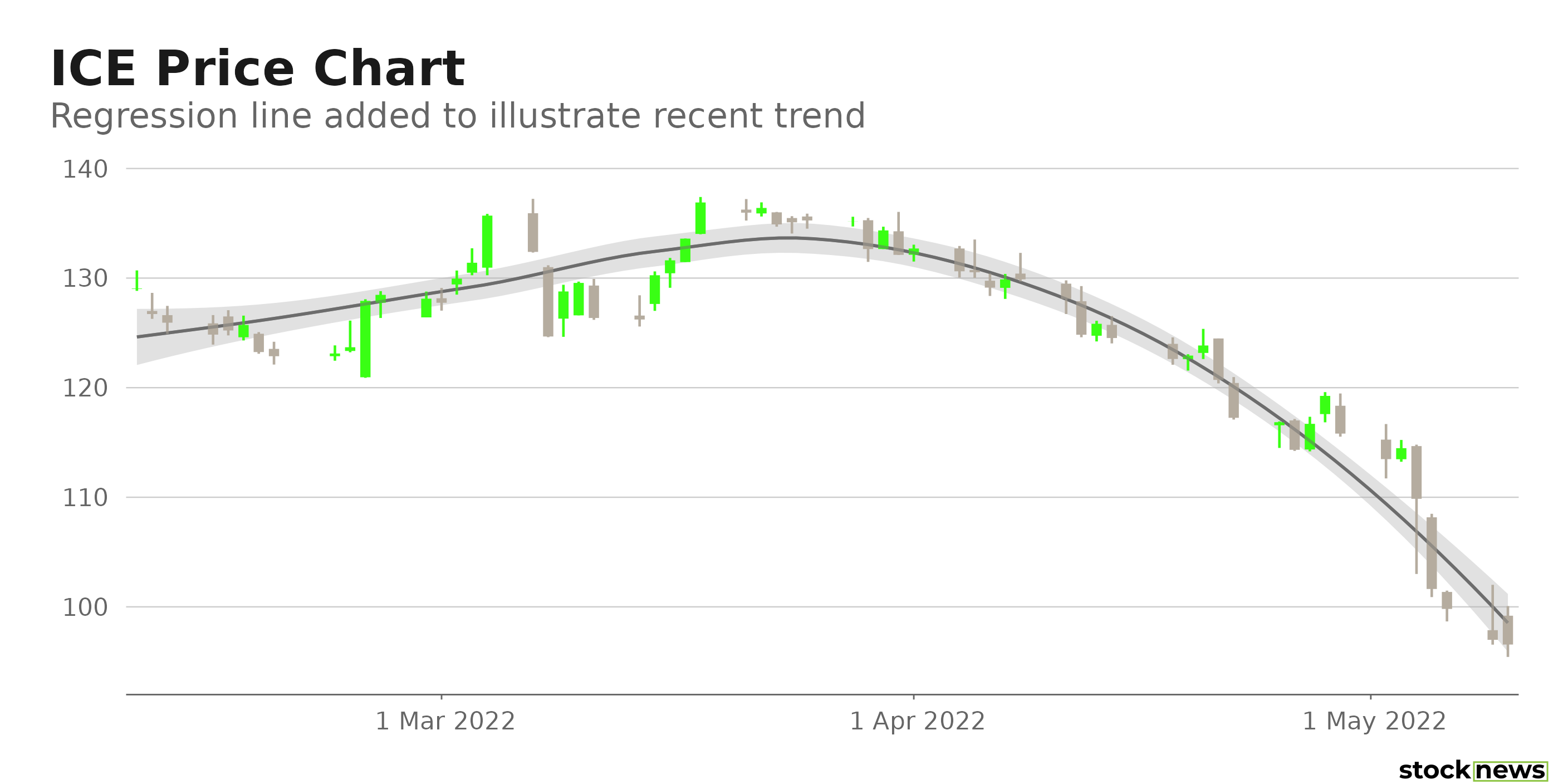 Here are the factors that could shape ICE’s performance in the near term.

ICE, New York Stocks Exchange’s parent company, recently announced that it would acquire software and data analytics company Black Knight, Inc. (BKI) to support its mortgage servicing business. The acquisition is not cheap. The company bagged the deal for $13.10 billion. However, it may be some time before ICE realizes substantial gains from this venture, because the companies are not expected to close the transaction until the first half of 2023.

ICE’s POWR Ratings reflect its bleak outlook. The stock has an overall D rating, which equated to Sell in our proprietary rating system. The POWR Ratings are calculated by considering 118 distinct factors, with each factor weighted to an optimal degree.

ICE has a Value grade of D, which is in sync with its stretched valuations. The stock has a C grade for Stability, which is consistent with its 0.84 five-year monthly beta.

In the 12-stock Financial Marketplaces industry, ICE is ranked #11. The industry is rated F.

View all the top stocks in the Financial Marketplaces industry here.

ICE is expected to venture further into the digital mortgage business by acquiring BKI. However, that transaction is not likely to be completed before next year. Moreover, according to Investor Observer, ICE has an overall rank of #42 in its system, which means that 58% of stocks appear more favorable than ICE. Also, the stock looks overvalued at its current price. Hence, I think it might be better to avoid the stock now.

About the Author: Anushka Dutta

Anushka is an analyst whose interest in understanding the impact of broader economic changes on financial markets motivated her to pursue a career in investment research.

IUD Insertion: What to Know and Expect

How Ben Got His Penis Even when he's being uncharacteristically quiet, Elon Musk still manages to hit major milestones on Twitter. NurPhoto | Getty Images The billionaire, who is currently in...

How Ben Got His Penis

Are Nonstick Pans Bad For You?

the Amazon Literary Award is looking for you

How to Disagree Without Being Disagreeable