Halting tree loss is vital if we are to solve the climate and biodiversity crises. We have the tools to meet the challenge. Here are five solutions to deforestation

Let’s not beat around the bush: trees are one of our planet’s greatest resources. They act as carbon sinks, purify the air, moderate the weather, reduce flooding and, crucially, produce the oxygen that we breathe. And yet, for all their benefits, mankind seems determined to chop them down.

Since 1990, the UN estimates that global forest cover has shrunk by around 13m hectares per year (that’s an area roughly the size of England). The majority of this loss is happening in tropical forests, in countries like Brazil, Indonesia and the Democratic Republic of the Congo. But there are also losses to temperate and boreal forests in Canada, the US and Russia. The latter has lost more trees than any other country since the turn of the century.

There are signs of progress. A 2021 study revealed that the world has gained an area of forest the size of France since 2000. That’s not nearly enough to offset losses and ecologists have consequently been barking up every tree for a fix. While there is no silver bullet to this complex issue, there are proven solutions to deforestation that could help us keep these vital ecosystems intact. 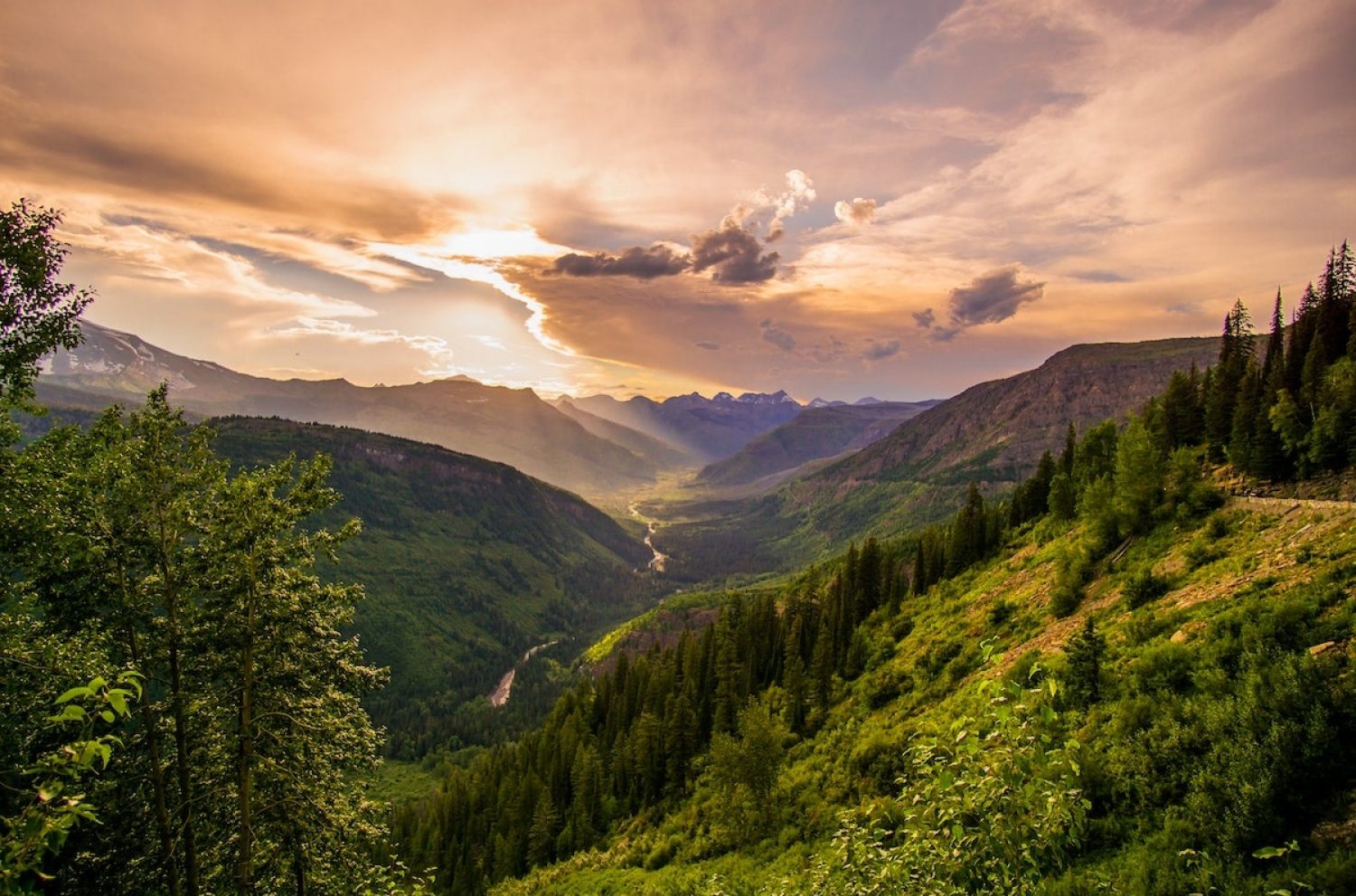 Global forest cover has shrunk by 13m hectares per year since 1990, according to the UN. Image: Tony Reid

Having profited from large-scale deforestation in their own lands, industrialised nations – now alert to the climate and biodiversity crises they helped create – are dictating what people in developing nations can and can’t do with their own woodlands.

“Unfortunately, more and more of the international strategies [for halting deforestation] involve increasingly unilateral decisions, which make demands about deforestation that are not considering the local context, or the impact on local people,” explains Dr Constance McDermott, associate professor in land use and environmental change at the University of Oxford.

McDermott uses the example of cocoa farmers in Ghana. Those trading with the EU can’t fell trees on their own land without special, tough-to-obtain permits. If they do, they are technically engaging in illegal logging.

“It’s essential to start by involving local people in the policy process, both instrumentally, because strategies are more likely to work [when local people buy into them], and also ethically,” says McDermott. “This is a fundamental democratic principle. I’m not making some radical argument here, but it’s almost as if it were, because so many policies don’t do that.” 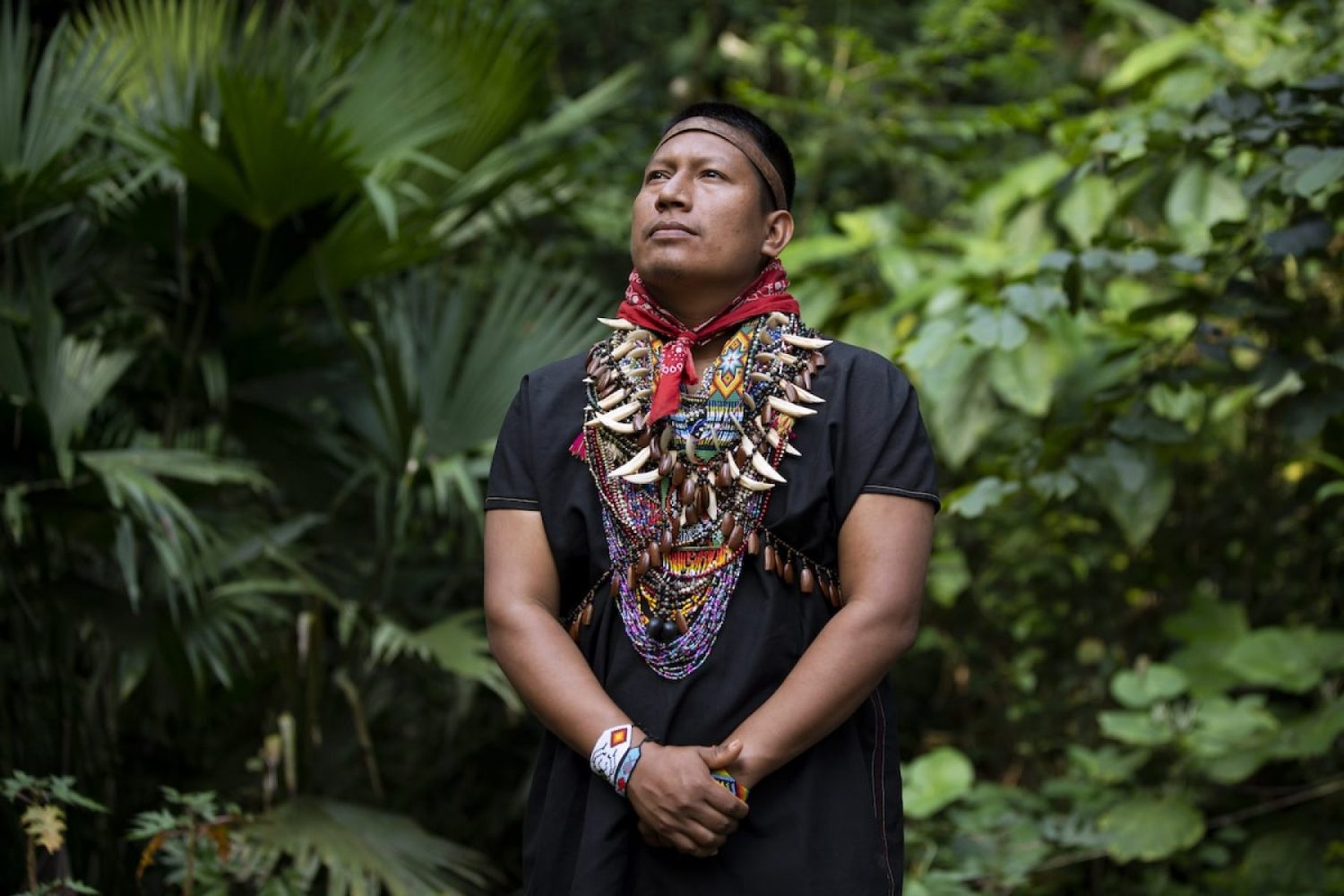 2. Give indigenous people control of the land

A growing body of research suggests that one of the most effective solutions to deforestation is giving indigenous people control of the land. A 2021 study – covering Africa, Asia and the Americas – found that tree-felling reduced by a fifth where indigenous communities were in control. In some cases, deforestation rates were lower than in national parks.

Joe Eisen, executive director of Rainforest Foundation UK (RFUK), an NGO working in Africa and South America, believes such findings are a major cause for optimism. “The evidence increasingly backs up RFUK’s founding principle that entrusting forests to indigenous peoples and other local communities… is the most effective and socially just way of protecting them,” he says.

Many indigenous populations have a strong cultural, and often spiritual connection to the forest, and are likely to act in a way that ensures its survival. However, that might not always be the case. As one contacted conservationist put it: some indigenous communities may well protect the land, but others may want to liquidate the forest, take that money and move to Florida.

In some cases, deforestation rates were lower than in national parks

What if indigenous populations aren’t present? Well, concession schemes have proven to be similarly effective solutions to deforestation. They involve the authorities ‘renting out’ forests to local communities, who want to harness benefits from the land in a sustainable way.

This idea – which, in theory, could be implemented anywhere – has proven successful in the Maya Biosphere Reserve in Guatemala. There, nine forest concession schemes have experienced a near-zero deforestation rate in the last 20 years. A stat that’s even more eye-catching given surrounding regions have suffered some of the highest deforestation rates in the Americas.

Although forests and agriculture can merrily coexist, this is not the norm. In fact, clearing trees for farming is the leading cause of deforestation. The majority of this destruction is attributed to seven commodities: beef, soy (largely used as livestock feed), palm oil, wood fibre, cocoa, coffee and rubber.

One solution is to prevent unsustainable versions of these products from being sold on the global market. It’s an idea that Steven Wolf, associate professor of natural resources and the environment at Cornell University, New York, endorses.

“I think this is exciting,” says Wolf. “If we introduce feedbacks that put pressure on specific actors that fail to follow norms and codes of conduct, then we’re really getting somewhere.”

An example of ‘feedbacks’ could include higher taxes or bans on products directly linked to deforestation. Conversely, subsidies and preferential tax arrangements could be offered to firms that are able to prove sustainable practice. A similar system could work to prioritise sales from outfits that are run by, and benefit, local people.

Simply making supply chains more transparent (something that is often touted as a solution to deforestation), is, in Wolf’s opinion, not going far enough.

“Accountability cannot be conflated with transparency,” he says. “We know that giving people information about fuel efficiency of cars, for example, doesn’t solve the problem of emissions. It makes behaviours a little less worse, but the idea that if you give people information, then everything will be well is nonsense.” 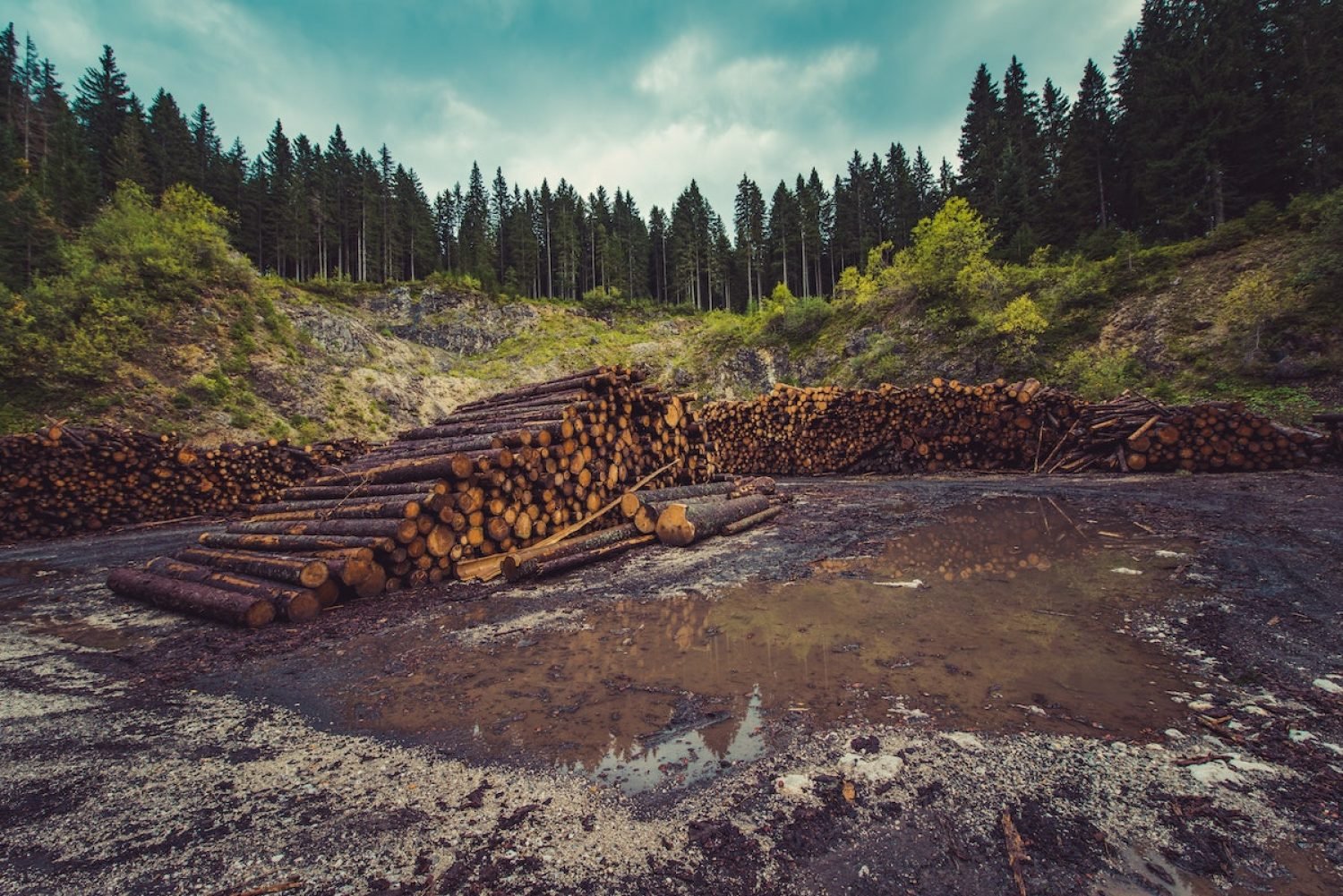 The majority of deforestation is attributed to just seven commodities. Image: Ales Krivec

Citizens can also do their bit by eating less meat. A 2022 study, by Germany’s Potsdam Institute for Climate Impact Research, found that a 20 per cent reduction in the amount of beef humanity consumes could halve the rate of deforestation.

Reducing all meat consumption would yield even better results, as this would cut demand for soy, the majority of which is grown in the global south to feed livestock in the global north.

“Importing animal feed for meat production is Europe’s largest contribution to deforestation,” says Louisa Casson, a senior political strategist at Greenpeace. “So, if we’re serious about protecting forests we have to transform the way we produce food, and, ultimately, consider more carefully the food we eat.” 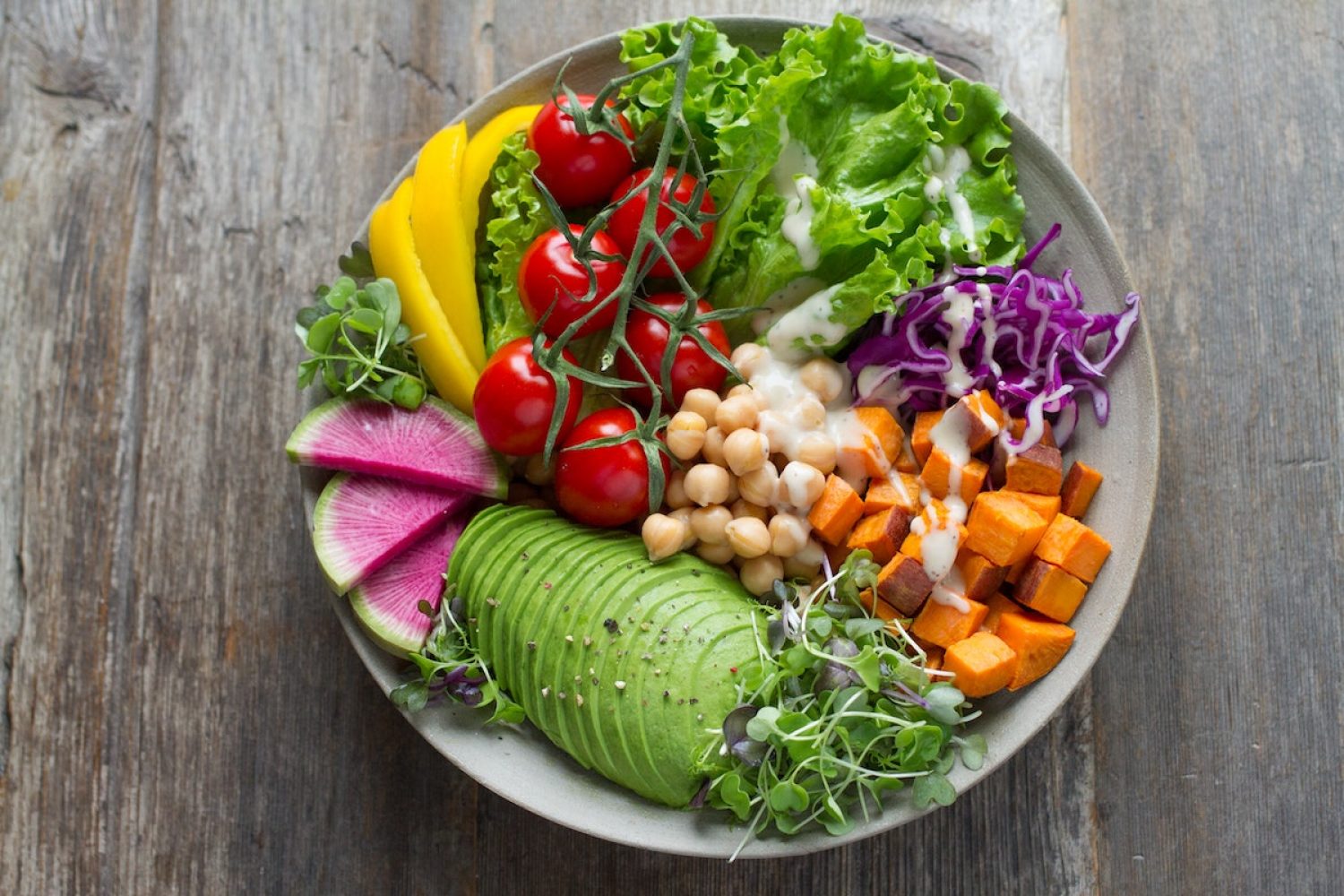 Embracing plant-based dining is among the most immediate solutions to deforestation. Image: Anna Pelzer

While it’s helpful to make informed decisions at the supermarket, it’s arguably even more important to make planet-positive choices at the polling booth.

“The idea that government is relevant is out of fashion,” says Wolf. “But we really have no alternative. And we need governments that go beyond just creating policies. Because policies aren’t real. You actually have to implement them.”

A prime example is Brazil. Following rampant deforestation during the 80s and 90s, the Luiz Inácio Lula da Silva-led government – elected in 2003 – made tackling tree felling a priority. Deforestation rates subsequently fell for five consecutive years. Conversely, following the election of climate-denier Jair Bolsonaro in 2019, the country is experiencing some of its highest deforestation rates in decades.

We need governments that go beyond just creating policies. Policies aren’t real. You have to implement them

Wolf stresses that governments in the global north also play a big part in forming solutions to deforestation.

“We’re not going to pass better laws and we’re not going to implement those laws without major political change at home,” says Wolf. “I’m talking about green parties, progressive parties. Governments who are going to have much more ambitious ideas about how we come together to solve this global problem.”