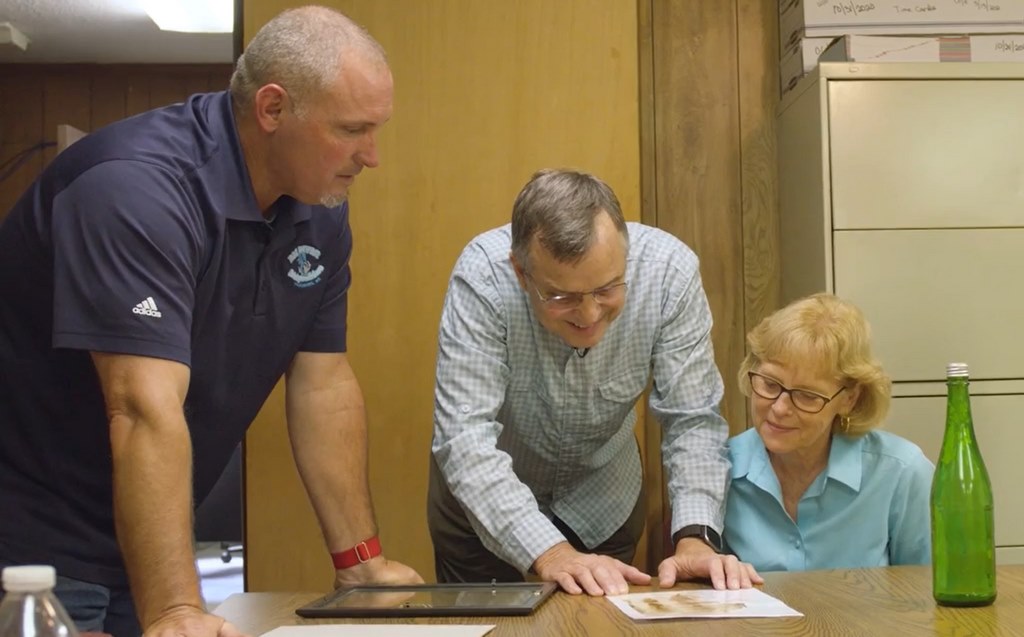 A pair of Mississippi River salvage divers found a message in a bottle that has briefly brought back to life a dearly departed son who died more than 30 years ago.

It was an ordinary salvage trip on the Yazoo River that brought a message from an 8th grader named Brian into the hands of Billy Mitchell and Brad Babb, a pair of shipyard workers at Vicksberg, Mississippi.

Owing to their unique job, Mitchell is always on the lookout for interesting things, and the green bottle just happened to come close enough to allow the man to see inside—there was a note.

With the help of “shish kebab sticks,” Michell and boss Babb extracted the remains of the letter—sun bleached and ripped, but still legible in places.

REAL ALSO: Strangers Track Down Writer Who Launched Message in a Bottle Nearly a Century Ago

“We’re all kids at heart really. We could all envision ourselves as that 11-year-old boy,” said Babb, safety manager at Big River Shipbuilders in Vicksburg, Mississippi. “It really just fueled us to go and say, ‘let’s go find this guy’ cause this is kind of a kindred spirit where, ‘would I want somebody to find me? Yes I would.’”

It became the talk of the office, and scheming how to reunite the author with their letter, the crew decided to post it on Facebook, where it was then widely shared.

Eric Dahl, his wife Melanie and son Chris, got wind of the message, which saw them drive 200 miles to the shipyard to read young Brian’s letter.

Passing away at 29, Brian was a cyclist who beat cancer, but then died in an accident at home. He was 11 years old when he wrote the letter as part of a field trip that started by dropping the bottle into Mississippi’s Talahatchie River.

USA Today got in contact with Brian’s teacher, who is now 82 and explained that one message was found in Louisiana, while Brian’s floated 200 miles to the Yazoo River where it entered a canal. Had it caught a different current, it could have landed in the Gulf of Mexico.

It was tears and smiles when the salvage divers met the family, who shared stories of Brian with those who allowed such an intimate glimpse at their dearly departed son.

“He’s with them still,” said Mitchell. “I think that’s what the note meant when we found it. To let his parents know that he was watching over them as well.”

SEND This Story In A Post Drifting Out To Social Media…

25 of the Most Badass Movie Squads of All Time

This Physician Is on a Mission to Empower Home Health Aides. Here's How She's Doing It.

The Best Android 13 Features Worth Knowing About