A report prepared by Schneider Electric during September 2021 indicated that, this year, 60% of companies in the region will invest in digitization, a number that will rise to 75% by 2023. This growing interest of companies to get on The digital transformation train brings with it great opportunities, but also dangers that can generate mistrust in organizations.

It is in this context that Camel Secure, specialized in cybersecurity, was born in 2018 in Chile. The startup was created by Fabián Rodríguez and Luis Montenegro who began to work on the idea of a security system at the level of large companies in the world.

After several months of intense work, they began delivering their services in Chile, and then expanding and making their way also in Panama, Colombia, Mexico -among other countries in the region-, after raising 2 million dollars in two rounds of investment.

How did they achieve their rapid growth?

“Today the most common cyberattacks in the region at a business level are those related to ransomware and at a personal level, phishing. The increase in online purchases or operations in supposed fintech, as well as the rapid expansion of telecommuting have opened possibilities for “hackers”, who were previously more difficult to transfer, ”explains Fabián Rodríguez, CEO of Camel Secure.

This is where one of the solutions developed by this company dedicated to cybersecurity appears. It is Camel 360 , a real-time, business-focused technology risk management platform.

“Camel Secure seeks to be a fundamental support in the management of cybersecurity and technological risk of its clients. The impact on customers is very high, since we make them know the state of their company, that they can be proactive regarding their risk, making appropriate decisions before any problem or attack occurs. In addition, Camel helps them to organize the information that different platforms give them, and also to comply with the regulations that require them depending on their field, ”says its CEO.

It is in this sense that they define themselves as the ‘Google Analytics of cybersecurity’, since their software is capable of concentrating all the information necessary to improve procedures, decision-making and also help customers through their partners.

Cybersecurity concepts must be democratized

According to a study prepared by March and Microsoft, more than 30% of LATAM companies perceived a 31% increase in cyberattacks as a consequence of the new social and labor regulations implemented during the pandemic, with the industries most susceptible to attacks: finance, mining, retail, government and health. However, the most worrying thing is that more than 40% of companies in different sectors still do not have cybersecurity mitigation and evaluation plans. 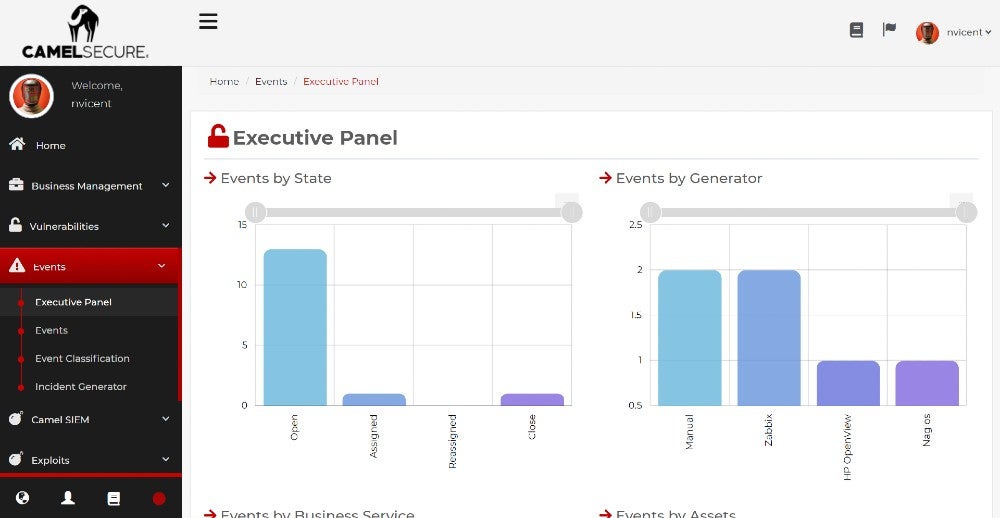 “The concepts of cybersecurity must be democratized, since the threat is everywhere, not only in companies, but also in homes and in the usual behavior of people, especially today that technology is so part of our day to day, ”says Rodríguez.

But can cyberattacks be prevented? “One of the factors that cybercriminals take into account when attacking are the control and automation systems that companies have. If their equipment and software are obsolete, the chances of being victims grow considerably, compared to those that have a stable risk assessment and management system ”, says the founder of Camel Secure.

Given the good reception in the cybersecurity market, the startup intends to expand even more throughout the region, mainly in countries such as Mexico, Brazil and the USA (this year they will open an office in Florida, USA), and achieve a turnover by 2022 about USD 30MM. Camel Secure currently has 40 clients, mainly through its two products, specialized in technological risk management and in strengthening the cybersecurity of companies.

Jaguars in Mexico are Growing in Number, a Promising Sign That Conservation Strategies are Working

How to use robots to improve the customer experience at online sales events? How to use robots to improve the customer experience at online sales events?

Sail Through Omicron-Induced Market Volatility With These ETFs

Elizabeth Holmes admits that she was CEO of Theranos, the company she founded

How to Write the Perfect Personal Letter

What is Neurofeedback Therapy And Can it Help With Mental Health?