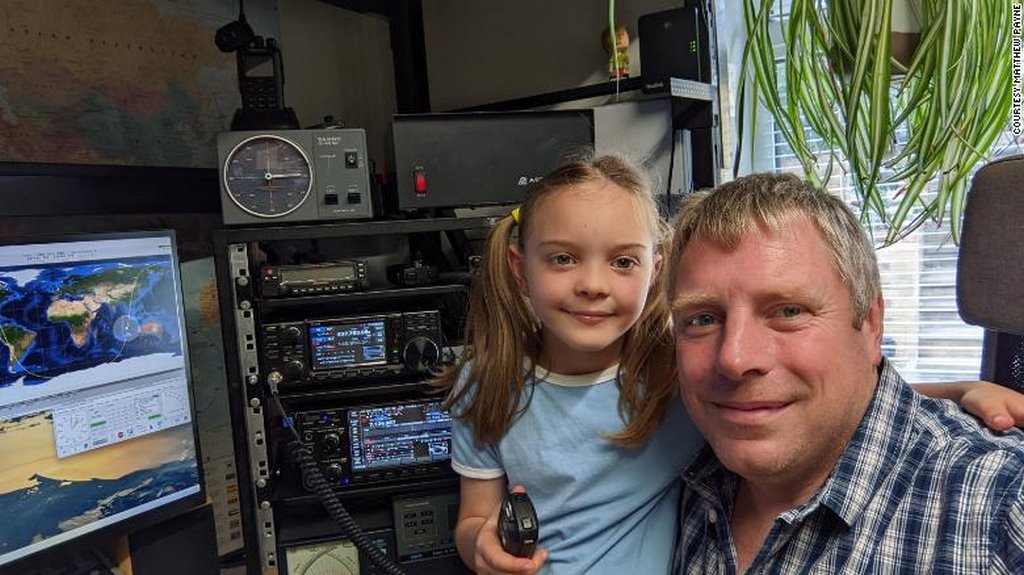 Some old tech was able to make a new connection for a little English girl who got to speak with an orbiting astronaut after her dad hailed him on a Ham radio.

It was August 2nd when Isabella Payne had just settled down for her “beauty sleep.” But her father, Matthew, knew that since they shared a passion for space and radio communications, a brief opportunity to hail American astronaut Kjell Lindgren was not to be missed.

Dragging Isabella out of bed, the pair ran to the radio bench.

“I was like ‘Why are you doing this to me? I need my beauty sleep,’” Isabella told CNN on Wednesday.

Aboard the International Space Station, a Ham radio station is maintained so that astronauts can occasionally talk with people on the ground—usually schools—through classic radio communications.

Such exchanges are typically brief, with operators giving over their radio’s unique callsign, a name and location, a thank you and a goodbye. However when Lindgren, who just happened to be passing over Kent that night, heard Isabella’s name and age, his voice changed from routine to joyful.

I’ve had a lot of fun using the #ARISS amateur radio station #NA1SS on the @Space_Station to talk with ham radio operators all over the world. I’ve even (unofficially) worked stations on all continents! But this may be my favorite contact so far. Thanks Isabella and @m0lmk! https://t.co/Z2pWUbEZZr

“I was elated when I heard his voice,” Isabella told CNN. “I thought it was a dream.”

Isabella shares her father’s passion for space and radio, and watches every launch and spacewalk from her usual position on his knee at the radio desk.

They’ve shared that special bond all their life, even when Mr. Payne helped a school radio British astronaut Tim Peake aboard the ISS in 2016, when little Isabella was just 2-years-old—she maintained the front-knee seat for the event.

Her dream is to become a communications specialist with a space agency so she can replicate her exchange with Lindgren as many times as she’d like.

COMMUNICATE This Inspired Little Girl’s Encounter With Your Friends…

Never Ignore These Types of Back Pain